The phone is tipped to be powered by a Snapdragon 821 platform and is said to offer the ergonomics of a 4.7-inch device due to the 18.5:9 inch display 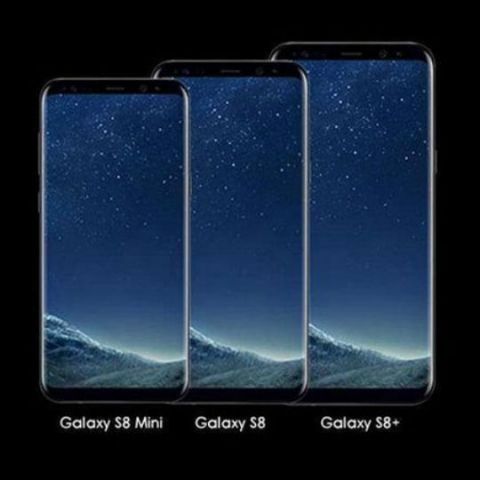 While all eyes may be on Samsung’s second flagship of the year, the Galaxy Note 8, there is a chance that we might get another flagship from the South Korean tech company. Although, this one might be a lot smaller than the Galaxy Note 8. According to a report by Chinese website ITHome, the company may be working on a smaller version of its Galaxy S8 smartphone. Called the Galaxy S8 mini, the device is tipped to sports a 5.3-inch display, but would offer the ergonomics of a 4.7-inch device due to its 18.5:9 aspect ratio. As for the specification, the Galaxy S8 mini is tipped to run on Snapdragon 821 and not Snapdragon 835, and offer 4GB of RAM along with 32GB of storage. It is also expected to feature an iris scanner.

It should be noted that the last ‘mini’ version of its flagship device that the company launched was the Galaxy S5 mini, which was launched way back in 2014. Starting with the Galaxy S6, the company started offering an ‘edge’ variant with dual-curved edges. There was also a Galaxy S6 edge+ variant that offered an even bigger screen. While nothing about the Samsung Galaxy S8 mini has been confirmed, it would be interesting for users to have a choice of a compact flagship grade device.

It is possible that we learn more about the Galaxy S8 mini next month. Samsung is expected to launch the Galaxy Note 8 on August 26. While previous rumours suggested that the company was planning to launch the device at IFA this year, it is possible that the launch was preponed due to LG V30’s impending launch. However, it should be noted that the Galaxy Note 7 was also launched earlier than usual (August), but the device was plagued with a battery issue that caused it to catch fire. While the company tried to rectify the issue, it ended up cancelling the device and asked customers to return their devices.