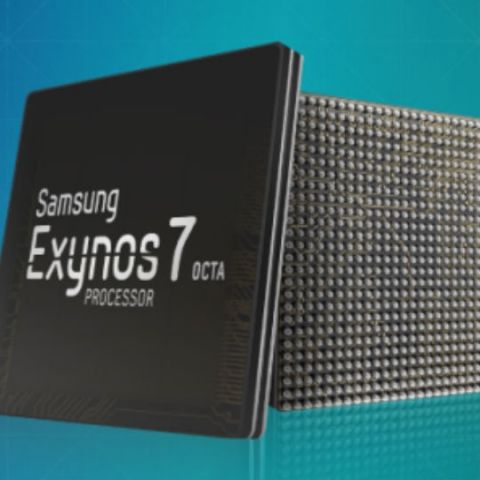 Samsung has just announced the Exynos 7 Octa (Exynos 7420) SoC, which will power the Galaxy S6 smartphone. The new processor is built using Samsung’s 14nm FinFET process, which the company says is ‘the most advanced logic process technology’ in the industry. The Exynos 7 has four Cortex A57s cores clocked at 2.1 GHz and four Cortex A53 cores, along with LPDDR4-capable memory interface.

Further, according to Samsung, the new processor provides 20 percent faster speed along with 35 percent lower power consumption. The Exynos 7 is an octa-core 64-bit processor, which will most likely be seen first in the Galaxy S6 smartphone.

There have been reports recently about Samsung dropping the Snapdragon 810 processor by Qualcomm, in favour of its own SoC. While Samsung’s processors have traditionally been somewhat behind Qualcomm’s, the South Korean company says the Exynos 7 is more powerful than the Snapdragon 810.

Till now, Samsung has come up with multiple variants of its flagship devices, one with a Qualcomm SoC and the other with its own Exynos version. This time though, the company seems to be betting big on itself and its SoCs.