The Samsung Galaxy Note 7 has been recalled, after 35 reports of a battery cell issue, which lead to devices blowing up. 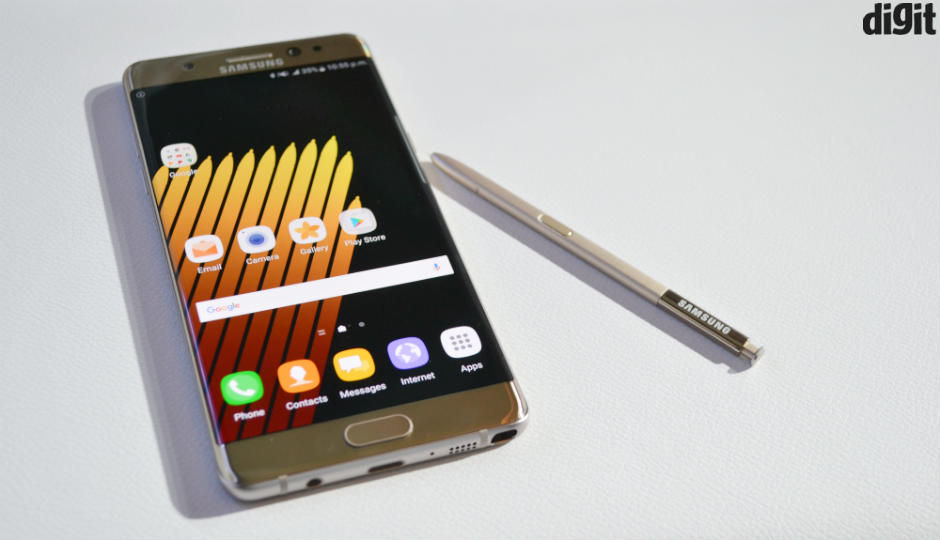 Samsung recalled its units of the Galaxy Note 7 citing consumer safety, after users reported battery issues on the device. The recall for the Galaxy Note 7 may be the biggest such incident ever in the smartphone market. After a statement from Samsung’s global team, the India unit has now sent out a similar statement. In it, Samsung acknowledges that the delay in shipping will cause issues, but given that no units had been delivered, there’s obviously no need for replacements here. Samsung India is currently waiting to hear from its global counterpart to confirm when it will resume sales for the Galaxy Note 7 in India.

Samsung is committed to producing the highest quality products and we take every incident report from our valued customers very seriously. In response to recently reported cases of the new Galaxy Note7, we conducted a thorough investigation and found a battery cell issue.

To date (as of September 1) there have been 35 cases that have been reported globally and we are currently conducting a thorough inspection with our suppliers to identify possible affected batteries in the market. However, because our customers’ safety is an absolute priority at Samsung, we have delayed sales of the Galaxy Note7 in India.

We acknowledge the inconvenience this may cause in the market but this is to ensure that Samsung continues to deliver the highest quality products to our customers.

The Samsung Galaxy Note 7 was launched in India recently, at Rs. 59,990. The device carries Samsung’s new Iris Scanner, and specifications similar to the Galaxy S7 Edge. It is arguably Samsung’s most important device of the year, and the recall of course affects Samsung’s business. However, the company seems to be trying its best at reassuring consumers on the quality of its products.