According to South Korean news agency Yonhap, Samsung has made a decision to temporarily stop making the Galaxy Note 7 after an understanding with the Chinese and U.S. authorities. 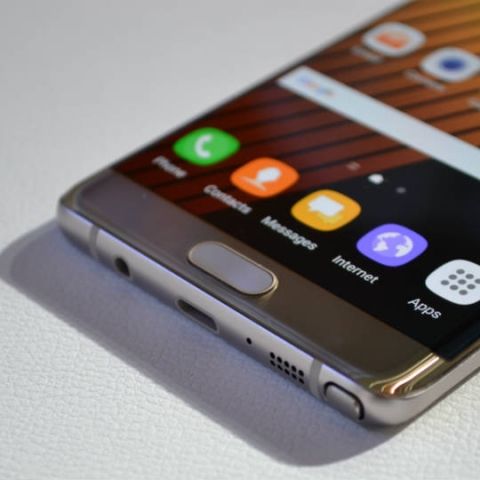 Looks like the South Korean electronic giant Samsung has hit yet another setback. If reports originating from the region are to be believed, the company has completely halted the production of the Galaxy Note 7 smartphone after its replacement units started catching fire. According to South Korean news agency Yonhap, Samsung has made a decision to temporarily stop making the Galaxy Note 7 phones after an understanding with the Chinese and U.S. authorities. Although we cannot confirm the news just yet, U.S. carriers AT&T and T-Mobile have also stopped the exchange and sale of the explosive devices respectively.

In one of its biggest global smartphone recalls ever, Samsung had initiated the recovery of 2.5 million units of the Galaxy Note 7 flagship back in September, as a result of numerous incidents of the phone catching fire and exploding. Acknowledging the same, Samsung had issued a statement earlier saying, “In response to recently reported cases of the new Galaxy Note7, we conducted a thorough investigation and found a battery cell issue. To date (as of September 1) there have been 35 cases that have been reported globally and we are currently conducting a thorough inspection with our suppliers to identify possible affected batteries in the market.”

Following the recall, the company had started replacing the faulty devices with units carrying a green battery icon. Troubles escalated for Samsung when a safe replacement Samsung Galaxy Note 7 reportedly emitted smoke onboard a flight in Louisville, Kentucky last week. This also put Samsung under the lense of the U.S.Consumer Product Safety Commission.

As of now, we are still awaiting word from Samsung on the production halt of the Galaxy Note 7, which was supposed to be launched in India somewhere around Diwali.