Users will be able to bend the Galaxy Z Flip at any angle up to 180-degrees.Samsung Galaxy Z Flip could be powered by the Snapdragon 855+ chipset. Galaxy Z Flip is said to cost nearly 1,500 Euros. 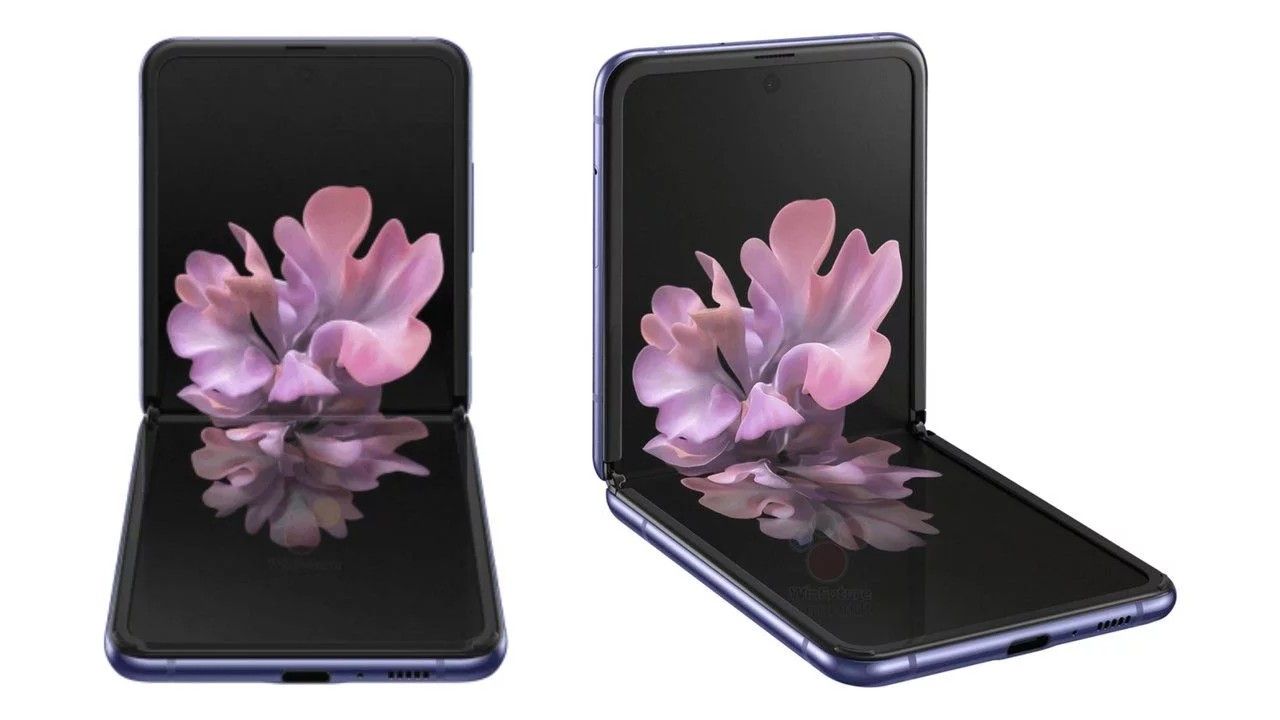 Samsung is expected to launch its next foldable phone, the Galaxy Z Flip alongside the Galaxy S20 series on February 11 at the Galaxy Unpacked event. Two weeks ahead of launch, all the specifications of the device have appeared online. Moreover, the Galaxy Z Flip has been leaked in new renders.

A report from the Dutch site WinFuture has leaked renders and full specifications of Samsung Galaxy Z Flip. The foldable phone is said to feature a 6.7-inch Super AMOLED Dynamic screen that supports 1080 x 2636 full HD+ resolution and an aspect ratio of 22:9. It is likely to have an Infinity-O notch. The display is said to be shielded with a layer of ultra-thin glass. The device is tipped to have a 1.06-inch S-AMOLED secondary display.

Samsung Galaxy Z Flip could be powered by the Snapdragon 855+ chipset, paired with 8GB RAM and 256GB of UFS 3.0 storage. It is tipped to pack a 3300mAh battery that is likely to support 15W fast charging. According to the report, it will run Android 10 and come equipped with AKG tuned and Dolby Atmos powered stereo speakers. The connectivity features that are available on the device include VoLTE, Wi-Fi 6, NFC, Bluetooth 5.0, NFC and USB-C.

On the optics front, Galaxy Z Flip is seen to sport a dual rear camera setup that is said to have a 12MP primary shooter and a 123-degree f/2.2 aperture 12MP ultrawide sensor. It is tipped to have features like dual pixel autofocus, OIS and 60fps 4K video recording. The punch-hole display could have a 10MP selfie shooter.