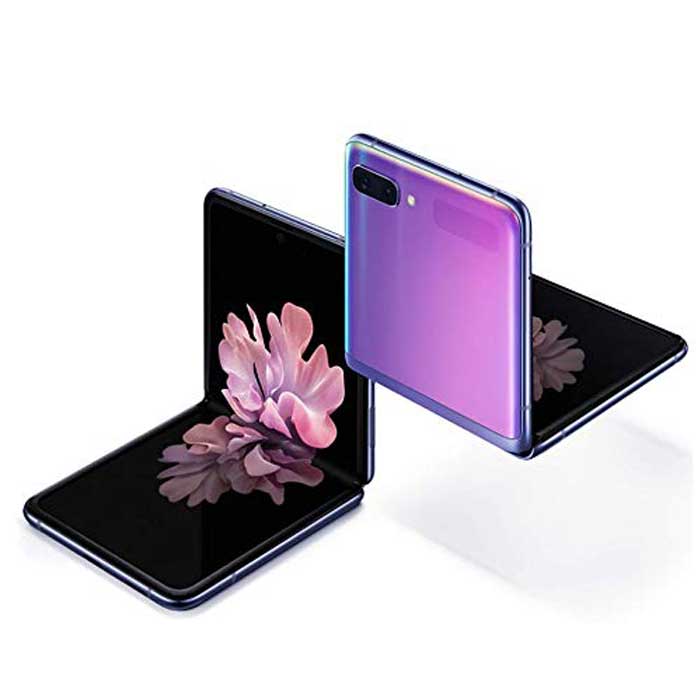 GB of RAM. The phone runs on Android 10 OS and is powered by a 3300mAh battery. The device supports wireless charging and fast charging. The device has a  hideaway hinge and flexible display technology.

The Samsung Galaxy Z Flip smartphone has dual displays, with a 6.70-inch touchscreen primary display and a second 1.10-inch display. The phone measures 167.30 x 73.60 x 7.20mm (height x width x thickness) and weighs 183.00 grams. It is available in Mirror Black, Mirror Purple, and Mirror Gold colours. It comes with a plastic front, a glass back, and supports Gorilla Glass 6.

The Samsung Galaxy Z Flip has a 12 MP primary camera with an f/1.8 aperture, a second 12 MP camera with an f/2.2 aperture o the rear. The camera also supports autofocus. It has a 10 MP front camera for clicking selfies, with an f/2.4 aperture. The phone has a punch hole cut-out which houses the 10MP selfie camera. It comes with features like autofocus, HDR and panorama shot.

The Samsung Galaxy Z Flip runs on Android 10 based company’s proprietary One UI 2.0. The phone has a wide array of sensors including an accelerometer, ambient light sensor, barometer, gyroscope, proximity sensor, compass/ magnetometer, and a fingerprint sensor for added security. It also supports face unlock for quick access.

The Samsung Galaxy Z Flip runs on Android 10 based Samsung’s One UI 2.0. It is powered by a 2.95GHz octa-core Qualcomm Snapdragon 855+ processor. It supports Samsung Pay for ease of payment. In terms of graphics, the phone has an Adreno 640 (700 MHz) GPU. 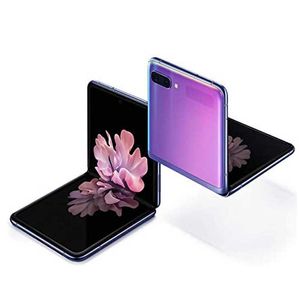 The Samsung Galaxy Z Flip has Dual setup with 12 + 12 MP arrangement along with a 10 MP selfie camera.

The Samsung Galaxy Z Flip has a 3300 mAh battery that supports fast charging 15W over Type-C.

Yes, the Samsung Galaxy Z Flip has a fingerprint sensor.

After weeks of leaks and rumours, Samsung has finally launched its new foldable phones for 2021. The company has launched two new devices in the form of the Galaxy Z Flip 3 and the Galaxy...

The Samsung Galaxy Z Fold 4 is expected to be unveiled at the forthcoming Unpacked event next month, making it the more exciting of the two. Before Samsung's official announcement, several certifications and rumours about...

Samsung next big phone event is expected to take place in August. According to reports, the Korean company is likely to unveil its next foldables, the Galaxy Z Fold4 and Galaxy Z Flip4, on August...

Samsung is gearing up to launch its next flagship smartphones at the Galaxy Unpacked event that is slated to happen on February 11. The company is expected to announce the next Galaxy ‘S’ series of...