The poster suggests the handset might sport a double fold.

Another report reveals some key specs of the handset.

Samsung is hosting its Galaxy Unpacked event on February 11 where it is expected to unveil some new smartphones. While the Samsung Galaxy S20 series of devices are most likely to make their debut, ongoing rumours suggest that the Samsung Galaxy Z Flip could also be announced at the event. The second foldable phone by Samsung is garnering notable attention and hence, we are seeing reports and rumours about it almost every other day. A couple of fresh reports about the Galaxy Z flip have now surfaced online, which tip at a possible promo poster, and some of its key specifications.

A promo poster image of the alleged Samsung Galaxy Z Flip was recently posted on the Chinese social media website Weibo. While the Z Flip is rumoured to feature a clamshell design where the fold folds out like a flip phone, the promo poster showcases a phone that bends like a ‘Z’. While the poster suggests dual fold on the phone where one portion of the screen is always visible, we aren’t really sure about it. We also suggest you take this info with a pinch of salt as we will have to wait for the official announcement to be completely sure. 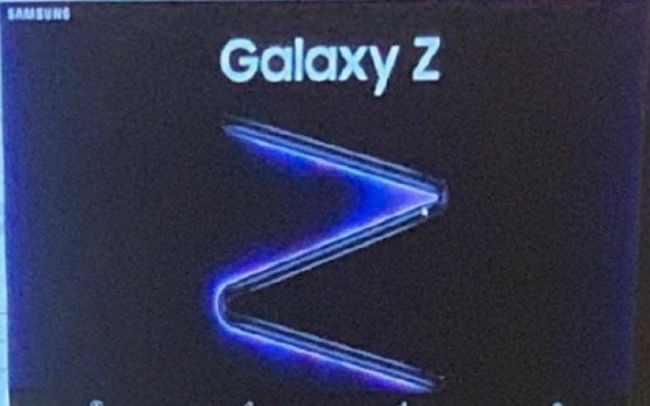 Coming to the second report, the tipster Ishaan Agarwal has tweeted some specs of the upcoming device. As per the tweet, the Galaxy Z Fold could come equipped with a 6.7-inch Dynamic AMOLED Display and instead of the 108MP camera that is rumoured to be present on the device, the tipster claims it will sport a 12MP main camera. On the front, there could be a 10MP sensor for selfies and it is said to be backed by a 3300mAh battery or a 3500mAh battery. The phone will most likely run on One UI 2.1 and could be announced in black and purple colour models.