Samsung Galaxy Z Flip is the first phone with foldable glass display: All you need to know

It is the first foldable phone with a foldable glass display.

After numerous leaks and speculations, Samsung finally announced details of its second foldable phone at the Galaxy Unpacked 2020 event. As expected, the smartphone features a clamshell folding design, similar to the Motorola Razr. However, instead of a plastic display, the Samsung Galaxy Z Flip uses a foldable glass display, which is a first in its category. The “ultra-thin glass” used on the handset is touted to withstand 200,000 folds and is said to be proprietary tech, which has been branded as “Ultra-Thin Glass.” There is also a new hideaway hinge that is aimed at addressing the ingress of dust.

The Samsung Galaxy Z Flip features a 6.7-inch Full HD+ Dynamic AMOLED punch-hole display that sports a 2636 x 1080p resolution at 425ppi. There’s also a secondary cover display on the outer lid, which is a 1.1-inch Super AMOLED screen with 300 x 112p resolution. The secondary display will show notifications of missed calls, messages and can also function as a viewfinder to assist capturing selfies using the rear cameras. The handset sports 8GB RAM and comes with 256GB of internal storage. 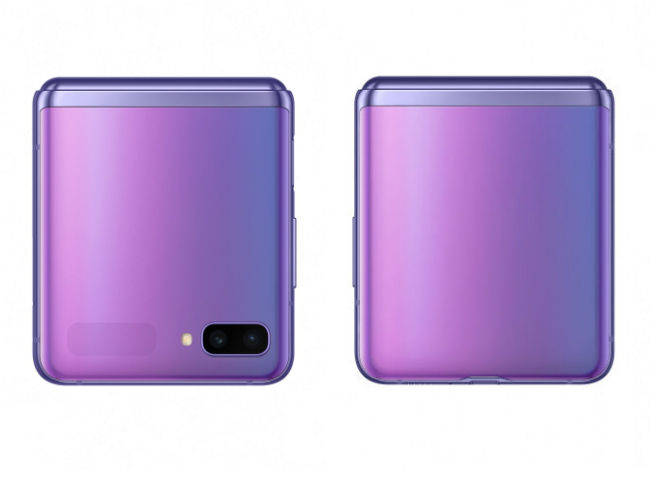 The Galaxy Z Flip is powered by an unnamed 64-bit octa-core processor that can hit 2.95GHz of maximum clock speeds. In terms of optics, there are dual 12MP cameras on the back that consists of an ultra-wide-angle camera with f/2.2 aperture and an ultra-wide camera with an f/1.8 lens. The wide-angle camera supports Optical Image Stabilization. There’s also up to 8x digital zoom, HDR10+ recording support and tracking Auto Focus. The handset runs on Android 10 and is backed by a 3300mAh battery. 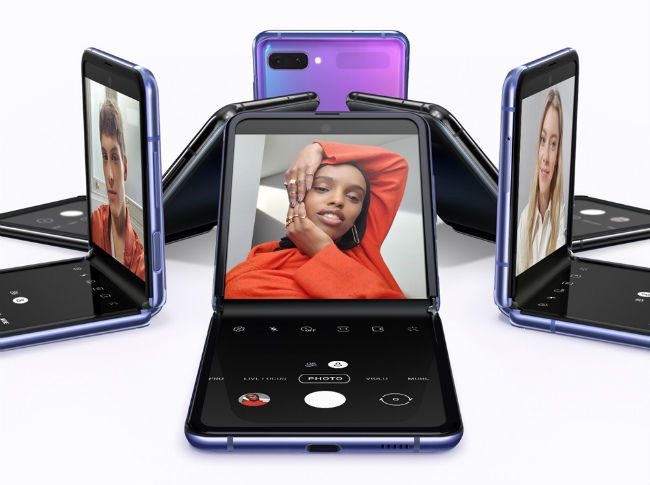 Samsung has developed a new UI for the Galaxy Z Flip in collaboration with Google. It is called Flex mode UI and it’s designed for viewing images or YouTube videos. The hinge mechanism also enables ones to separately use the two halves of the screen when the phone is partially folded. Samsung says that the hinge on the phone uses special nylon fibres to prevent dust from getting inside.

The Samsung Galaxy Z Flip is priced at $1,380 (Rs 98,400 approx) and it will go on sale in limited quantities, starting in select markets from February 14. These select markets include South Korea and the United States. The handset comes in Mirror Black and Mirror Purple colour variants but there will also be a Mirror Gold colour model as well. There’s no info on when it will be made available in India.