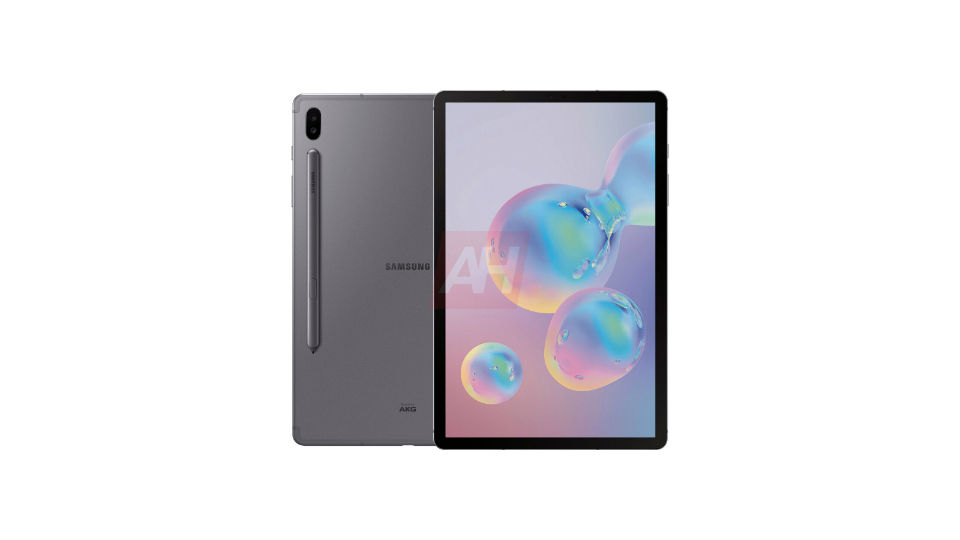 Samsung is expected to launch the Galaxy Tab S6 on August 7.

The tablet could be unveiled alongside the Samsung Galaxy Note 10.

Samsung is gearing up to launch its Galaxy Note 10 series of devices during its Galaxy Unpacked event on August 7. However, the company is expected to announce a new tablet as well, which is rumoured to be called the Samsung Galaxy Tab S6. Android Headlines claims to have obtained official renders of the alleged tablet and the report also hints at some key specs of the tablet. As seen in the renders and as per the new report, the Samsung Galaxy Tab S6 could sport a vertically aligned dual-rear camera setup and it could also come equipped with an S-Pen.

The Galaxy Tab S6 seems to feature a design similar to the recently launched Samsung Galaxy Tab S5e (review). However, there are some clear differences like a dual-camera setup on the back, which is said to feature a 13MP main camera and a 5MP secondary wide-angle sensor. Just below the camera is a groove to attach the S-Pen in place, which is speculated to be magnetic with Bluetooth support. It’s not confirmed whether the S-Pen could be wirelessly charged by the tablet but this feature is speculated to be present. In addition, the tablet might be equipped with four AKG-tuned speakers, two on both top and bottom. 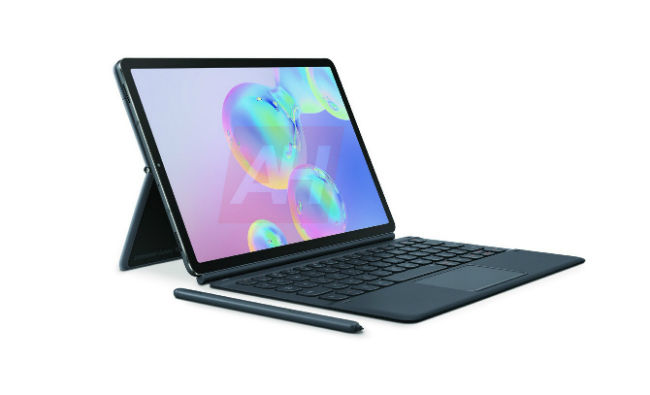 While the headphone jack is said to be absent on the device, the Galaxy Tab S6 might feature a USB Type-C port on the bottom. Samsung could introduce a keyboard accessory with the tablet, similar to the Galaxy Tab S5e and the Galaxy Tab S4. It could be announced in three new colour variants - Pink, Grey and Blue.

The Samsung Galaxy Tab S6 is rumoured to be a flagship tablet by the company that runs on the Qualcomm Snapdragon 855 SoC. It might feature a 10.5-inch display with possibly an in-display fingerprint sensor. The tablet is touted to come equipped with 6GB RAM + 128GB storage that can be upgraded to 256GB.