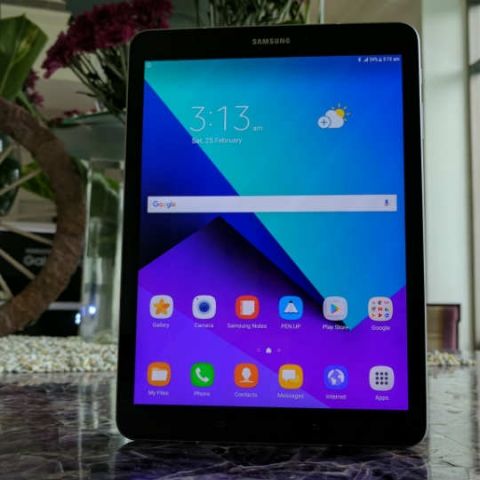 After its unveiling at MWC this year, Samsung’s Galaxy Tab S3 tablet was launched in India today. The tablet is priced at Rs. 47,990 and will be competing against the Apple iPad Pro 10.5-inch, which was recently announced at WWDC. Like it's predecessor, the Tab S3 also has a 9.7-inch sAMOLED display with a resolution of 2048 x 1536 pixels, giving it a pixel density of 264ppi. Further, the display is HDR compatible, offering better colours and contrast. Samsung claims that the display of the Tab S3 covers 99% of the Adobe RGB and 97% of DCI-P3 colour gamut.

It is powered by a Qualcomm Snapdragon 820 SoC with 4GB of RAM. There is 32GB of on-board storage, which can be expanded by up to 256GB via a microSD card. There is a 6000mAh battery on-board, which Samsung claims to offer 12 hours of battery life. You also get support for 4G LTE, dual band WiFi, Bluetooth 4.2 and USB 3.1 connectivity. The company has included a 13MP rear camera on the Tab S3, which can shoot videos in 4K @ 30fps. At the front, the tablet sports a 5MP camera.

The new tablet also comes bundled with the S-Pen. The stylus shares most of its features with Samsung’s Galaxy Note 7, which was unfortunately pulled out of the market due to its battery issues. The tablet is also equipped with four speakers, which are tuned by AKG and Samsung claims that it provides cinema quality audio. Samsung also showcased a type cover for the Galaxy Tab S3, which is priced at Rs. 8,499 and will be available as an additional accessory. 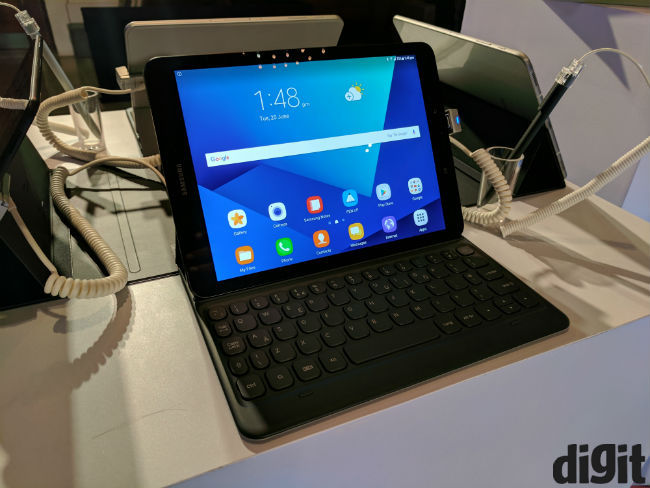