According to the listing, the upcoming smartphone might also come with Android Oreo out of the box. 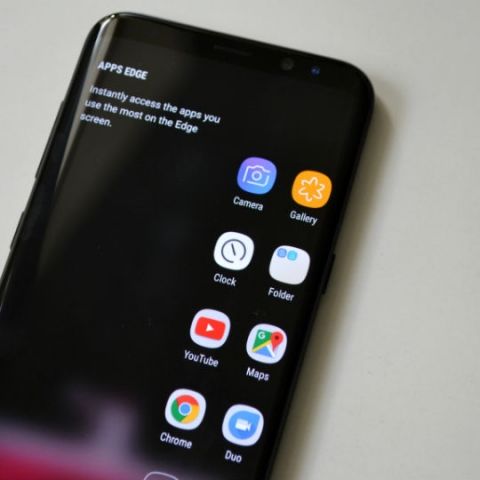 Samsung's next flagshp smartphone, the Galaxy S9+ has been spotted on Geekbench. As per the listing, the phone may sport the company's new Exynos 9810 chipset, which Samsung unveiled a few days ago. However, the listing also suggests that the phone has 4GB of RAM, which similar to the current gen Samsung Galaxy S8 and S8+. It should be noted that, Samsung announced a second variant of the S8+ 6GB of RAM and 128GB storage a few weeks after launching the device.

There are also rumors that the company may launch the Galaxy S9 and Galaxy S9+ earlier than usual in 2018. While details of the upcoming device are not yet known, Samsung has revealed a bit about the new SOC that the new flagships that the new flagships might come with. The Exynos 9810 is Samsung’s second generation 10nm chipset featuring the company’s 3rd generation custom cores. According to the listing, it is an octa-core SoC with a base frequency of 1.5GHz. However, the SoC used on the benchmarked phone might just be an engineering sample and not a production level unit. 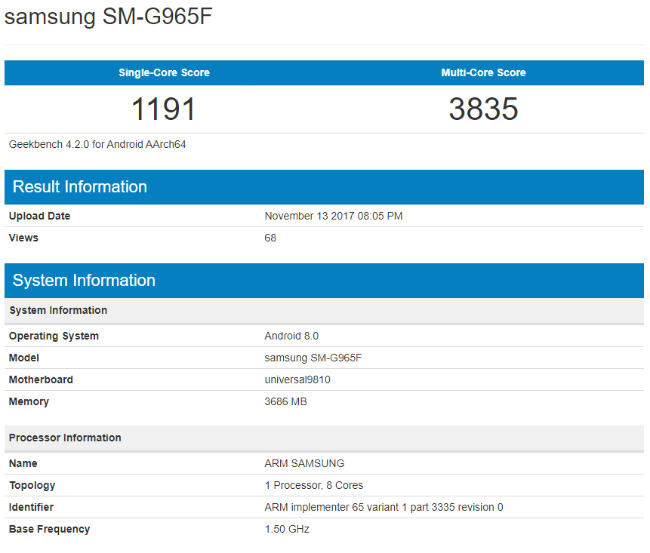 Other rumors around the Galaxy S9 and S9 Plus suggest that the new phones will be powered by a Qualcomm Snapdragon 845 SoC and will come with Android Oreo out of the box. While the latter seems quite plausible, we are not certain, if the phone will feature a Snapdragon SoC outside the US. Just like the current S8 smartphones, Samsung is more than likely to offer a Snapdragon chipset in the US alone. A recent report also suggested that Samsung isn't successful in putting the fingerprint scanner under the display. However, teh company might offer the feature with the Samsung Galaxy Note 9.