Flipkart has created a microsite for the Galaxy S9, S9+ smartphones, which suggests that the phone might be available for pre-order from the day of launch itself 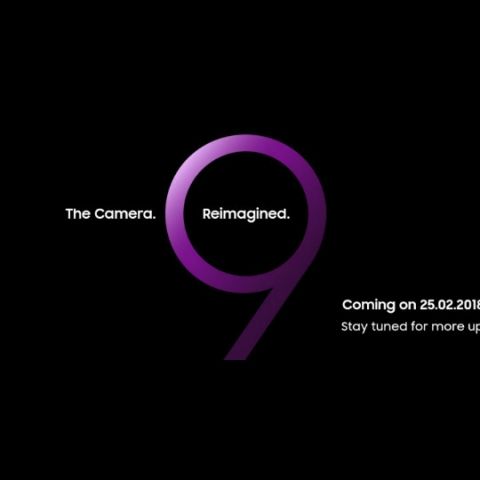 Samsung is tipped to launch the Galaxy S9 and the S9+ on February 25, a head ahead of MWC. However Flipkart has already created a microsite for the launch of the smartphone along with the phrase “coming on 25.02.2018.” This seems to suggest that the Galaxy S9 and S9+ might be Flipkart exclusives and may become available for pre-order in India from the day of launch itself. The microsite also features a bunch of teaser videos of the upcoming phones, but exact details are not yet known.

The Galaxy S9 and S9+ teasers suggest that the phones will most-likely feature a bunch of camera-centric features. The phones are already tipped to offer a bunch of interesting features like variable aperture, 3D emojis, slow-mo videos. Reports suggest that the Galaxy S9 would sport a single camera at the back, while the Galaxy S9+ may offers a dual-rear camera setup. Besides this, the phones are tipped to come with the company’s own Exynos 9810 chipset globally, although the US version would most likely be powered by the Qualcomm Snapdragon 845.

The Samsung Galalxy S9 and S9+ are tipped to be equipped with the 5.8-inch and 6.2-inch displays respectively. Both are expected to feature the 18.5:9 display aspect ratio with a QHD resolution. The design of the two phones will largely remain unchanged and bothe will feature last year's Infinity Display design with thinner bezels. The RAM variants will also be pretty standard - 4GB RAM for S9 and 6GB for S9+.

Besides the phones, Samsung may also unveil a new tablet called the Galaxy Tab S4. The new tablet is tipped to sport a 10.5-inch Super AMOLED display and may be powered by the Snapdragon 835 SoC.