Samsung Galaxy S8, S8+ India launch today: Specs, Price and everything else you need to know 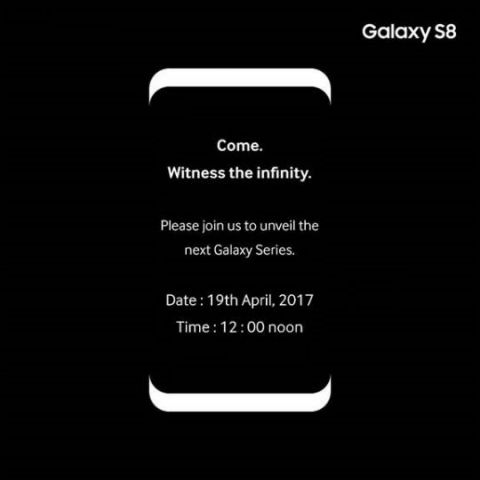 Samsung Galaxy S8 and Galaxy S8+ come with 5.8-inch and 6.2-inch displays respectively and sport the company's new Infinity display design that cuts down on the top and bottom bezels, leading to a screen-to-body ratio of nearly 84 percent. With S8 and S8+, Samsung has used new Quad HD+ Super AMOLED display with an aspect ratio of 18.5:9. Both the handsets feature metal and glass design and will be powered by the Exynos 8895 chipsets in India.

Both devices come with 4GB RAM, 64GB storage and support expandable storage up to 256GB. At the back is the same 12MP rear shooter with f/1.7 aperture, OIS, phase detection autofocus and LED flash used on the Galaxy S7. The front camera has been upgraded to 8MP and now supports autofocus. The devices run Android 7.0 Nougat with TouchWiz UI on top. The company is also introducing its own AI assistant named Bixby that can be triggered with the help of dedicated button on the left. However, Bixby won't be able to do much at the time of launch and Samsung has confirmed that it will only support Vision, Home and Reminder, but not Voice.

Samsung Galaxy S8 and S8+ are also the first smartphones by the company to ditch the physical home button, which is now located behind the display. Samsung has moved the fingerprint sensor to the back and the smartphone offers biometric authentication like iris scanner and face recognition. On the connectivity front, the S8 and S8+ will offer dual-SIM support, Bluetooth 5.0, USB Type-C port, WiFi, NFC and GPS.