The Samsung Galaxy S7 and S7 Edge were unveiled a few weeks ago during MWC 2016, although the pricing of the two phones is not yet known 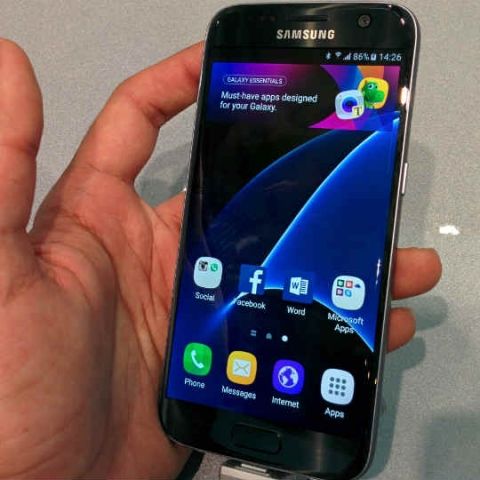 Samsung may launch its new flagship smartphones, the Galaxy S7 and S7 Edge, in India tomorrow. The phone was unveiled a few weeks ago at MWC, and the company hasn’t revealed the price of the two devices, yet. Both come with similar specifications, except for the display. While the Galaxy S7 comes with a 5.2-inch QHD display, the S7 Edge has a 5.5-inch curved QHD display.

The phone comes in two variants, one powered by Qualcomm Snapdragon 820 and the other with Exynos 8890. It is not known which variant will be launched in India. Both phones come with a 12MP dual-pixel sensor camera on the rear. Samsung claims that this larger pixel lets in 56% more light as compared to its older sensor, also aided by the f/1.7 aperture lens. There is a 5MP wide-angle front-facing camera, as well. The Samsung Galaxy S7 is equipped with a 3000mAh battery, while the S7 Edge has a 3600mAh battery pack. The devices come with fingerprint sensors and IP68-certified water and dust resistance, which allows the phones to remain submerged in 1.5 meters of water for up to 30 minutes.