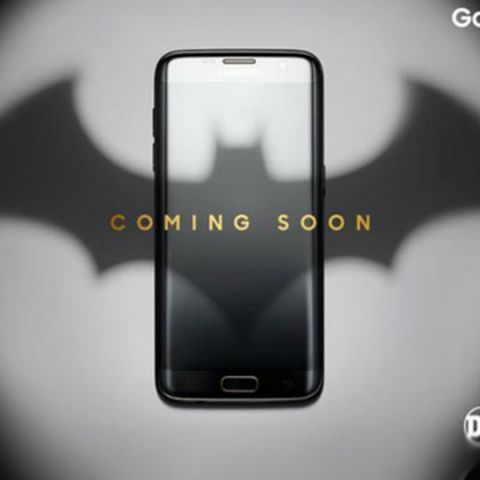 The tweet reads, "Coming soon: A new device for the battle against the Gods Among Us." With Gods Among Us, we think the device may come preloaded with the Injustice game.

It looks like Samsung is looking to cash in on the superhero buzz. Can we expect the company to launch a Wonder Woman, Catwoman, Superman, Green Lantern and more superhero themed smartphones in the future? Would it be too much to expect a Shaktimaan themed smartphone? Now I think we are pushing it.

No price or launch information has been announced for the special edition Samsung Galaxy S7 Edge, but we think to increase novelty value this will be a limited edition device. What do you think? Would you invest in a limited edition smartphone that has a superhero theme or are you better off investing in third party smartphone covers and cases to distinguish your smartphone from the crowd?

Coming soon: A new device for the battle against the Gods Among Us. @InjusticeGame @WB_Games @DCComics pic.twitter.com/fcG7ktzi6V