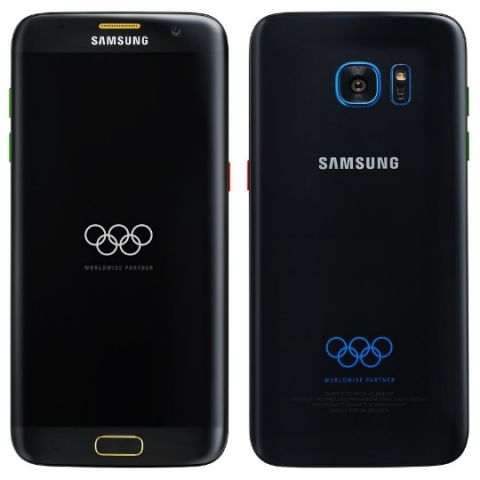 Samsung may be planning to launch a special Olympic Edition of its Galaxy S7 Edge smartphone. Leakster Evan Blass, aka @evleaks posted a picture of the device, which shows the phone in black with a gold trim around the home button and the front speaker. At the back is the Olympic logo in blue, with the same colour used in the trim around the camera and flash modules. The power button is red, while the volume rocker is green. A few months ago, SamMobile reported that Samsung was working on an Olympic edition of the phone and the company may bundle the device with a Olympic-related apps, and maybe even a Gear VR headset.

Samsung is not stranger to releasing special edition variants of its smartphones. Last month, the company launched a Batman-themed version of the Galaxy S7 Edge called Injustice Edition. The device was launched to commemorate the third anniversary of the video game, Injustice: Gods Among Us. The device is completely black with gold detailing and Batman’s logo at the back. Buyers also received a gold plated Batarang, a case modeled after Batman’s armour, a Gear VR headset, Injustice game credits, and Oculus content vouchers.