Samsung Philippines mentions four devices, out of which one is dubbed as the “LIMITED EDITION”, while the other three are just the outlines, suggesting that those models may be available on a later date. 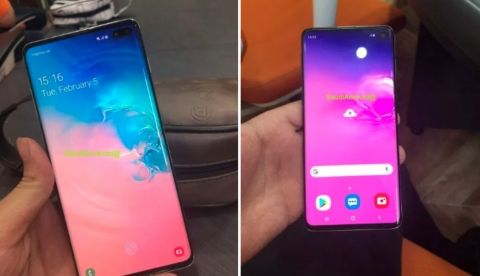 Samsung will unveil its S10 series of smartphones at an event on February 20 in San Francisco. There is no concrete information on the availability of the phones in different markets, but now a report says that the South Korean giant may launch a Special Edition of the Galaxy S10+. According to an Early Pre-order page on Samsung Philippines, this special variant will have a 1TB storage and 12GB RAM, and it will reportedly available on March 15.

The page mentions four devices: Option A, Option B, Option C and Option D. Option A shows a phone with “LIMITED EDITION” written above it. Other are just outlines of the phones, which may be a Galaxy S10+, a Galaxy S10 and a Galaxy S10e. The first mention of the 1TB storage variant was back in January when a leakster claimed that he got this information from a Samsung representative who has worked on the Galaxy S10 prototypes. 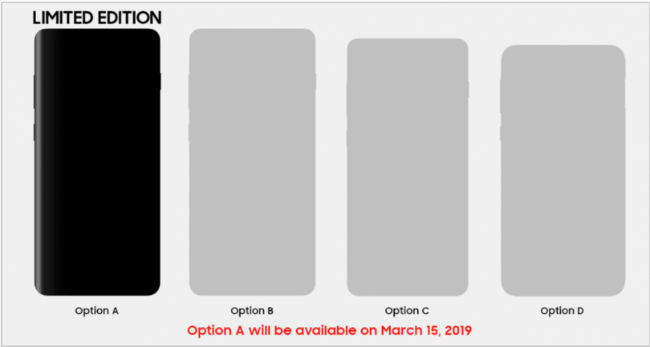 Last month, Samsung announced that it has started to mass produce the “industry’s first one-terabyte (TB) embedded Universal Flash Storage (eUFS) 2.1, for use in next-generation mobile applications”. This Galaxy S10+ variant will only be the second smartphone to have 12GB RAM. The first phone to do so was the Lenovo Z5 Pro GT, which is only available in China.

Recently, several leaks confirmed the names of the devices, in-display fingerprint sensor in the Galaxy S10 and Galaxy S10+ phones, and reverse wireless charging tech in some models of the series. Reportedly, Samsung will also launch the Samsung Galaxy Sport smartwatch, which may be renamed to Galaxy Watch Active. Last month, South Korean news outlet ETnews cited a Samsung Executive who reportedly said that the company will launch the LTE versions, that is, the Galaxy S10 Lite, the Galaxy S10 and the Galaxy S10 Plus, on March 8 in South Korea.