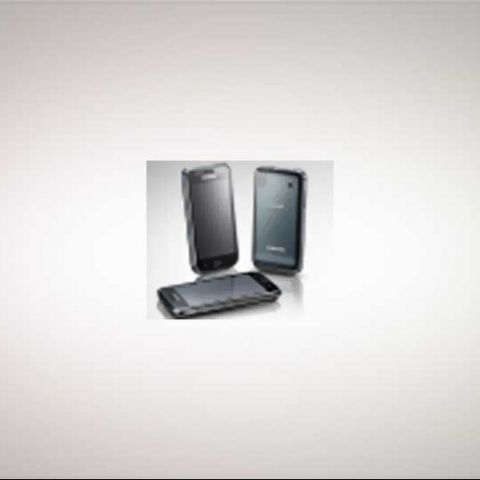 While we last heard of the rumoured Galaxy S II Mini running a 1.4GHz single-core processor, we now have an official addition to the Galaxy S series running the same processor, in the form of the Samsung I9001 Galaxy S Plus. Also known as the Samsung Galaxy S 2011 Edition, the Galaxy S Plus has been officially launched in Russia for 21,990 rubles, or roughly $780, and is expected to hit shelves in May. The phone will apparently also be available in other markets soon, and we’ll be keeping an eye out for it.

Running Android 2.3 Gingerbread, the phone indeed looks an updated ‘2011’ version of Samsung’s current Android smartphone flagship device, the Galaxy S, at least until the Galaxy S II lands. The 1.4GHz Scorpion processor is part of the Qualcommm Snapdragon MSM8255T chipset, also featuring the slightly outdated Adreno 205 GPU. According to Qualcomm, the chipset surprisingly consumes approximately the same power as the 1GHz chipset powering the current Galaxy S. The Galaxy S Plus has the same 4-inch screen as the rest of the current Galaxy S family, with the same Super AMOLED display technology, and a little ironically, not the Super AMOLED Plus tech the phone’s name could imply.

[RELATED_ARTICLE]The two phones, Galaxy S and Galaxy S Plus, are virtually identical in terms of dimensions, weight, and the remaining specifications. There are a few minor differences though, apart from the processor and chipset. The Galaxy S Plus has a larger 1650 mAh battery instead of the 1500 mAh battery of the original, promising better battery life, if Qualcomm’s power efficiency claims are to be believed. It also has improved 3G connectivity, with HSDPA 14.4Mbps compared to the original’s 7.2Mbps. The Galaxy S Plus is also only available with 8GB built-in storage, unlike the I9000 Galaxy S, which had a 16GB variant on offer as well.

Lastly, the Galaxy S Plus has a metallic back panel instead of the original plastic. In other news, Samsung has been introducing numerous other devices in Russia that the rest of the world should see soon, including dual-SIM dual-standby GSM-GSM phones – making India an almost definite destination. These include the Samsung Duos E1182, E2232, and C3322, as well as the Samsung C6712 Star II Duos.