Samsung second flagship on the year, the Galaxy Note8, is rumoured to launch just days ahead of IFA 2017 and the unveiling of the Moto Z2 Force. The Galaxy Note8 phablet will most likely miss out on an under-display fingerprint sensor. The handset is expe 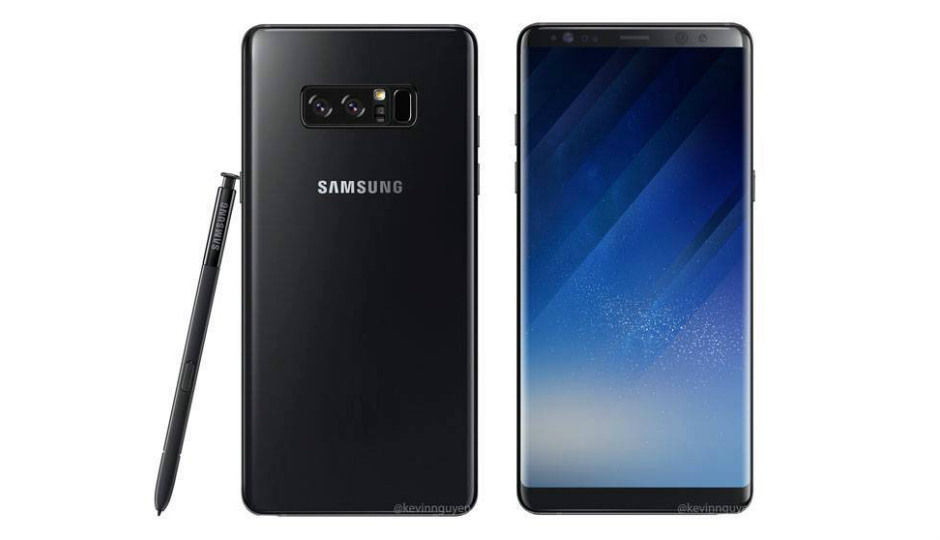 Samsung is reportedly planning to launch the Galaxy Note8 on August 23, weeks ahead of Apple's fall iPhone 8 launch and days ahead of the launch of Motorola's next shatter-proof flagship smartphone. As per a Korean publication, The Investor, telecom operator Bell is the source of the launch information of the upcoming Galaxy Note8 device. Bell claims that a Samsung employee has confirmed the smartphone will be unveiled at an event in New York.

The new details come after reports suggested that Samsung's Galaxy Note8 will arrive mid-August and will be the most expensive smartphone yet from the company. The Investor notes that Samsung decided to advance the launch of Note8 based on reports that the OLED iPhone will be delayed due to supply constraints. Most rumours suggest that Apple's OLED iPhone will be announced at the company's September event, but won't ship until October. Interestingly Samsung is Apple's supplier for OLED panels on the iPhone 8.

The Samsung Galaxy Note8 is said to sport a large 6.3-inch dual curved-edge Infinity display, slightly bigger than the 6.2-inch display found on the Galaxy S8+. The handset will be powered by either Snapdragon 835 platform or the company's own Exynos 8895 chipset. The Note8 is expected to come with 6GB RAM and an option for either 64GB or 128GB storage. With Note8, Samsung will finally join the list of smartphone makers offering dual rear camera support. The handset is tipped to sport a dual 12MP rear camera setup, with one wide-angle lens and another telephoto lens capable of 3x optical zoom.

The Note8 will also feature a dedicated Bixby button like the Galaxy S8 duo, and offer an improved S Pen with translation features. The Galaxy Note8 will miss out on under-glass fingerprint tech and offer a rear fingerprint sensor instead. The smartphone is said to arrive in black, blue and gold colour options, and become available a month after launch in September. The Galaxy Note8 will be Samsung's first Note series flagship launch after last year's Galaxy Note 7 debacle. In the race to launch its flagship earlier than the iPhone 8, we hope Samsung does not make the same mistakes that they did with the Galaxy Note 7 smartphone.