The Samsung Galaxy Note Edge features a flexible display technology where the display bends on one side of the device. The smartphone will be available in the Indian market from January first week. 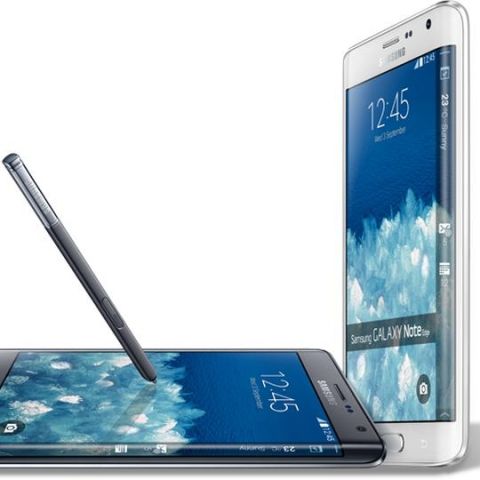 Samsung has officially announced the launch of its Galaxy Note Edge smartphone in India. Priced at Rs. 64,900, the smartphone will be up for sale from January first week. The Note Edge will be available in "Charcoal Black," and "Frost White" colour options in India.

The Galaxy Note Edge, unveiled earlier this year, is known for its flexible display technology where the display bends on one side of the device. The thin Edge display can be used for multiple purposes including app shortcuts, notifications, video playback, camera controls among others.

“Samsung continues with its legacy of pioneering extraordinary innovations and setting new benchmarks in the mobile industry. The Galaxy Note Edge is a stunningly beautiful device equipped with a unique curved screen which not only makes the smartphone distinctive but also delivers a unique way to access information and optimizes functionality,” says Asim Warsi, VP, Mobile & IT, Samsung India.

With the Note Edge, Samsung makes an attempt at unconventional design. So far, the smartphone has received mixed reviews. It'll be interesting how does the smartphone fit in the Indian market. At a price of Rs. 64,900, the smartphone will only appeal to upscale customers.