Samsung Galaxy Note 9 Unpacked launch event today: How to watch livestream and what to expect 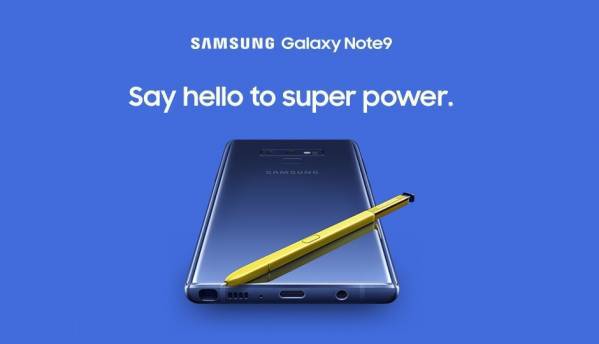 Along with the Galaxy Note 9, Samsung could launch the Galaxy Watch, a fast wireless charger that can charge two smartphones simultaneously and a Bixby 2.0-powered smart speaker.

Samsung is all set launch its second flagship of the year, the Galaxy Note 9, at an ‘Unpacked’ event today (August 9) in New York. The Galaxy Note 9 livestream will begin at 11AM New York time on August 9. The South Korean tech giant is expected to unveil a number of hardware products alongside the new smartphone. We could see the next-generation Samsung Galaxy Watch, a fast wireless charger that can juice up two smartphones simultaneously and a Bixby 2.0-powered smart speaker. All this is speculation, and in a few hours we will know what Samsung plans to 'unpack' this time around

How to livestream Galaxy Note 9 launch

Those who wish to catch what Samsung is launching today at the Note 9 launch event, can watch the livestream on Samsung’s Galaxy Unpacked website or the company's YouTube channel. The event starts at 11AM Eastern Time in New York, which means the telecast will start at 8.30PM on Thursday in India.

The string of leaks and reports have already made all the specifications of the Galaxy Note 9 public, but we still have to wait for an official word from the company to be 100 percent sure. According to leaks and listings, the Samsung Galaxy Note 9 is expected to be available in three colours - Black, Blue and Copper. Since it is a flagship device, the Galaxy Note 9 is claimed to have the “Infinity Display” design and sport a 6.4-inch QHD+ Super AMOLED display. When it comes to the camera, the smartphone will have a dual-camera setup at the back. There is 12MP primary lens with a dual aperture that can shift from F/2.4 aperture to a wider F/1.5 for low light shots. The secondary camera has a 12MP lens with F/2.4 aperture. On the front, there is an 8MP front shooter.

The Galaxy Note 9 could launch with a 6GB RAM + 128GB storage base variant and there are reports that claim that Samsung will also launch the 512GB version that may have 8GB RAM. The S-Pen stylus is said to have enhanced capabilities and could be used a Bluetooth remote control for the phone. It has been claimed that the S-Pen will have may also be used as a camera shutter for group photos and also have the ability to control music playback. The phone is expected to house a massive 4,000mAh battery, and will have an IP68 rating making it water and dust resistant. 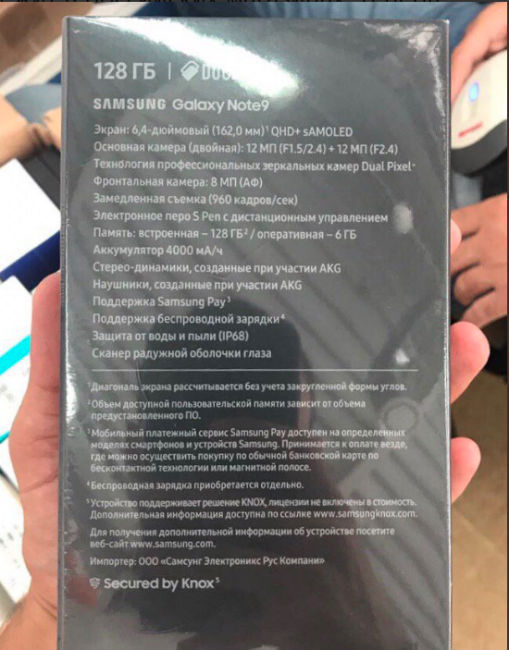 Galaxy Watch: Samsung is tipped to have dropped the “Gear” moniker in favour of the 'Galaxy Watch' for its rumoured upcoming flagship smartwatch. The Galaxy Watch is reported to ship with a new version of Bixby and feature a 470mAh battery. Rumours suggest that the company will be combining the features of its Gear S3 smartwatch and the Gear Fit 2 fitness tracker for the Galaxy Watch.

Galaxy Wireless Charger Duo: A report had claimed that Samsung may launch a wireless fast charger, the Wireless Charger Duo, that can charge two supported phones simultaneously or a phone and smartwatch. An image of the box that was shared on Twitter has a diagram that shows two charging points on the charger and a caption, “Dual fast wireless charging.”

Bixby Smart Speaker: While its competitors, Google, Amazon and Apple, have already launched their smart speakers and are enjoying a fair share in the market, Samsung is yet to bring an AI Assistant-powered speaker. This could change today as a leak shows a trademark document owned by Samsung for a product named “Magbee” and it is said to be a Bixby 2.0-owned smart speaker. Samsung will pit the anticipated Smart Speaker against the Google Home, Amazon Echo, and Apple HomePod. As for specs, nothing much is known about the alleged Magbee smart speaker but it could have Harman audio. It is expected to have “a bowled shape, with a legged bottom and lights at the top.”