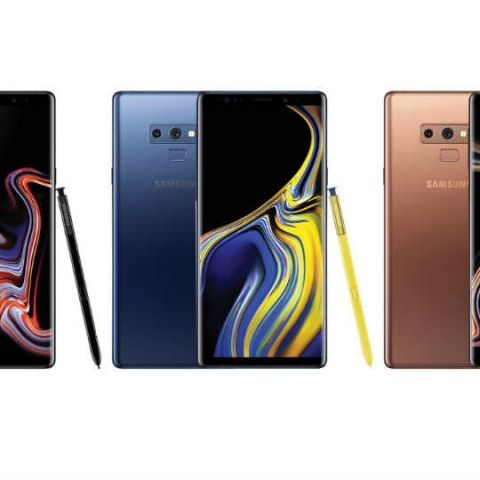 It’s a given that the upcoming Samsung Galaxy Note 9 is going to be a pretty powerful and popular device. However, the South Korean company may have another ace up its sleeve. Separate reports by 9to5Google and XDA Developers,  state that popular game Fortnite Battle Royale may finally be making its way to Android, but it may be initially exclusive to Samsung’s upcoming Note 9 flagship.

As per both the reports, the launch of Fortnite on Android will be a part of the unveiling of the Samsung Galaxy Note 9 on August 9. Further, the new game will be exclusive to the smartphone for a month, which suggests that the game will be available for everyone from September onwards.

Reports also suggest that those who pre-order the smartphone will get extra in-game goodies. 9to5Google reports that buyers will get $100 to $150 worth of V-Bucks, which is the in-game currency. It also notes that those not interested in the game may also get the option of getting free wireless AKG headphones instead.

XDA Developers notes that Samsung has partnered with Epic Games for this exclusivity deal. It states that the deal will allow Epic Games a massive advertising boost, which could lure new gamers. Further, the game developer may optimise it for Samsung devices. This would also explain why Fortnite Battle Royale has not been released on Android devices yet. The game has been available on iOS for quite a while now. Further, Samsung and Epic might be trying to get popular Twitch streamer, Tyler ‘Ninja’ Blevins to help launch the smartphone. This would be a pretty big boost for both companies as Blevins is one of the most popular streamers on Twitch.

The report adds that the partnership may be used to advertise the Galaxy Note 9 as a gaming smartphone. XDA notes that Samsung has added a vapor chamber heat pipe for cooling the smartphone so that it will not overheat. The source also told the website that the new Bluetooth enabled S-Pen will be integrated into Fortnite. However, how the stylus  will be integrated is anyone’s guess. Maybe it will be used for aiming or shooting.

Samsung is expected to launch the smartphone on August 9, and the numerous leaks have given us a pretty good idea of what to expect from the smartphone. Reports suggest that the smartphone may feature a 6.3-inch QHD+ Super AMOLED display. The phone will most likely be powered by either a Qualcomm Snapdragon 845 or an Exynos 9810 depending on the market. The phone is expected to feature a dual-rear camera setup, with two 12MP sensors sporting OIS. At the front, the Galaxy Note 9 is tipped to sport an 8MP unit. The phone may offer up to 512GB of storage the the highest variant might be priced at $1,460 in Europe, which is about Rs 1,00,200.