Samsung Galaxy Note 9 India launch today at 12pm: How to watch livestream, price, offers, specs and all you need to know

The Samsung Galaxy Note 9 will be officially launched in India at an event slated to commence at 12 PM today. India pricing and variants of the Galaxy Note 9 are already known. 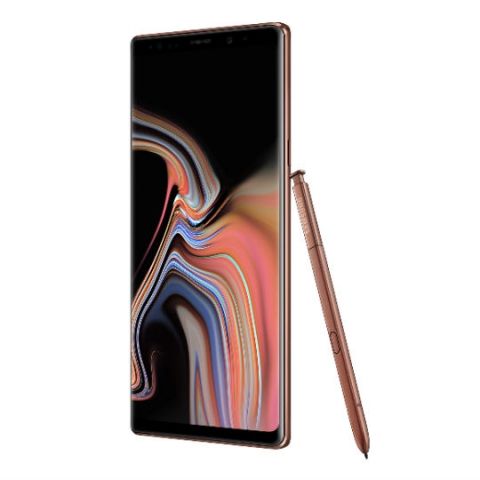 As per Samsung, the event will be broadcasted live today from 12:30 PM at the company’s news room. The company’s President and CEO of IT & Mobile Communications Division, DJ Koh, will also be present at the launch event.

As mentioned earlier, the smartphone manufacturer has already commenced pre-bookings of the Galaxy Note 9. The smartphone comes in 128GB and 512GB storage variants, which have been priced at Rs 67,900 and Rs 84,900, respectively. It comes in three colours: Midnight Black, Ocean Blue and Metallic Copper and the Metallic Copper colour variant will be sold only with 128GB storage.

Consumers who pre-book the Galaxy Note 9 will get a chance to own the Samsung Gear Sport smartwatch for Rs 4,999, which currently retails at Rs 22,990 in India. One can pre-book it from the company’s official website. Additionally, buyers will get to avail Rs 6,000 cashback if the device is purchased via Paytm Mall. The same amount of cashback is available for HDFC Bank credit or debit cards customers and for those who use HDFC Consumer Durable loans (CD Loans) to purchase the device. There is also a ‘Samsung Upgrade Program’, which will enable consumers to avail an upgrade bonus of Rs 6,000 in exchange for their old devices for the Galaxy Note 9. Do note that the upgrade bonus is added to the exchange value.

The Galaxy Note 9 will also be available for purchase via the Airtel Online Store at a downpayment of just Rs 7,900. This will be bundled with instant financing and affordable EMIs. The rest of the cost of the phone will be recovered through a built-in postpaid plan for Rs 2,999 per month for 24 months. However, Airtel says it will start delivering the Note 9 to customers in India starting August 22, which is two days earlier than the global sale date of August 24.

The Samsung Galaxy Note 9 features a 6.4-inch Quad HD+ Super AMOLED display and is powered by the 10nm 64-bit Qualcomm Snapdragon 845 Octa-core processor in the US and runs on the Exynos 9810 SoC in India. The phone is available in two variants, 6GB RAM + 128GB storage and 8GB RAM + 512GB storage. Both the phablet variants support a 512GB MicroSD card support. It runs on Android Oreo 8.1 and is backed by a 4000mAh battery, which supports fast charging and wireless charging.

In terms of the optics, the Galaxy Note 9 comes equipped with a dual-camera setup with Dual OIS on the rear. It sports a 12MP wide-angle sensor with variable F1.5/F2.4 aperture and a 12MP telephoto lens with an F2.4 aperture. On the front is an 8MP sensor with F1.7 aperture.

This year, the upgraded S-Pen stylus supports Bluetooth Low-Energy (BLE) and enables users to use it as a remote to take selfies, group pictures, present slides, pause and play music, and more. The Galaxy Note 9 supports fast wireless charging and is IP68 rated. You can read our spec comparison here and the first impressions here.