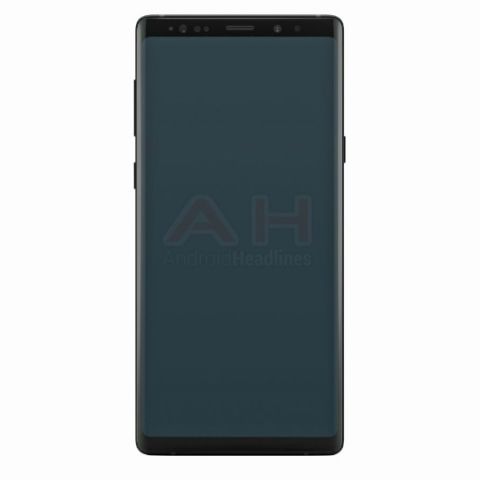 The leaked image shows the front of the Galaxy Note 9 and suggests that the phone will stick to a similar design as the Galaxy Note 8 when it comes to button placement and the Infinity Display.

If you were expecting Samsung to offer a radically new design with the Note 9, you might be disappointed. Android Headlines has managed to source a render of the front of the smartphone and it seems like the upcoming device will look a lot like its predecessor, the Galaxy Note 8. Like its predecessor, the phone is tipped to sport an Infinity Display design with a dual-curved screen. The image also suggests that Samsung may stick to the same button placement, with the volume and Bixby button on the left and the power button on the right.

Unfortunately, the image shared by Android Headlines only shows the front of the phone. The biggest change one can expect in terms of design is on the back. Samsung is expected to redesign the rear panel by placing the fingerprint sensor below the camera module, similar to what it did with the galaxy S9+. It is not yet known if the company will also vertically stack the two sensors, or leave it horizontal like its predecessor.

While the design may not change, Samsung is expected to offer a new and improved S-Pen stylus. The new stylus is expected to offer Bluetooth capabilities. Reports suggest that the stylus will allow users to remotely control music playback or use it as a long range timer to take group photos.

The lack of a brand new design should not be too surprising considering that Samsung did more or less the same with the Galaxy S9 and Galaxy S9+. Both the phones look pretty much the same as their predecessors, the Galaxy S8 and Galaxy S8+, with the major design change on the rear.

As far as specifications go, the Galaxy Note 9 is expected to feature Samsung’s current flagship chipset, the Exynos 9810. However, certain region like the US will most likely get the Snapdragon 845 powered variant. The phone is expected to offer 6GB of RAM and run Android 8.1 Oreo. It may also feature a 6.4-inch Super AMOLED display and may be powered by a 4000mAh battery.