According to Sammobile, the color option is launched to commemorate the first snowfall of the year for Taiwan. There is a white S Pen with the phablet. 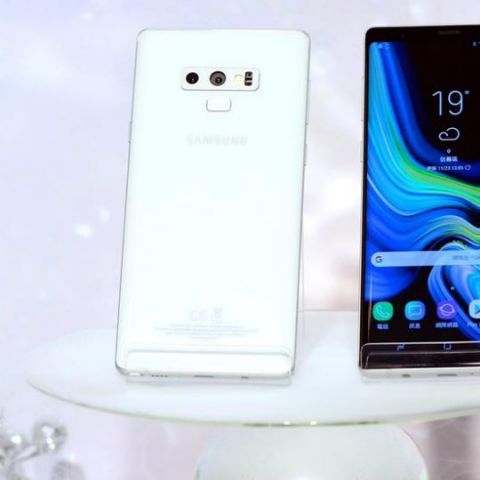 The reports of a White Galaxy Note 9 has come out to be true as the Taiwanese arm of Samsung has unveiled the First Snow White colour variant of the smartphone in the country. Sammobile reports that the colour has been unveiled to commemorate the first snowfall of the year for Taiwan. The White variant of the smartphone comes with a matching White S Pen. The handset will officially launch in December and it is know yet known whether the South Korean company will bring this variant in the other parts of the world.

In the US, the Samsung Galaxy Note 9 colour was launched in Black, Copper and two new colours Ocean Blue and Lavender Purple. In India, Samsung offered the smartphone in three colours: Midnight Black, Ocean Blue and Metallic Copper. There are two variants of the device, one with 128GB of storage and another with 512GB of storage, which are priced at Rs 67,900 and Rs 84,900 respectively in India. 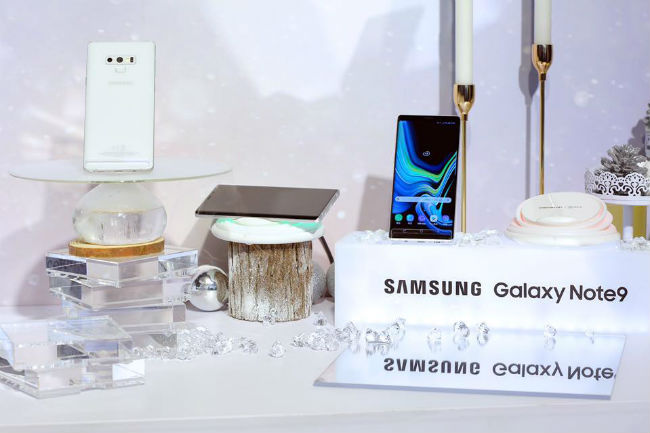 The Samsung Galaxy Note 9 is powered by the company's Exynos 9810 SoC (or Qualcomm Snapdragon 845 in the US) and features a 6.4-inch Quad HD+ Super AMOLED display. The phone comes in two variants, one with 6GB RAM/128GB storage and another with 8GB RAM/512GB of internal storage. Both the variants support up to 512GB of MicroSD card. It runs on Android Oreo 8.1 and is backed by a 4000mAh battery, which supports fast wireless and wired charging.

In terms of the optics, the Galaxy Note 9 comes equipped with a dual-camera setup with Dual OIS on the rear. It sports a 12MP wide-angle sensor with variable F1.5/F2.4 aperture and a 12MP telephoto lens with an F2.4 aperture. On the front is an 8MP sensor with F1.7 aperture. It has an upgraded S-Pen stylus that supports Bluetooth Low-Energy (BLE) and enables users to use it as a remote to take selfies, group pictures, present slides, pause and play music, and more. The Galaxy Note 9 is IP68 rated and comes with dual AKG stereo speakers.