The Samsung Galaxy Note 8 will use the company's own ISOCELL dual rear camera system with optical zoom for both lenses. The handset is rumoured to be the most expensive smartphone yet from Samsung. 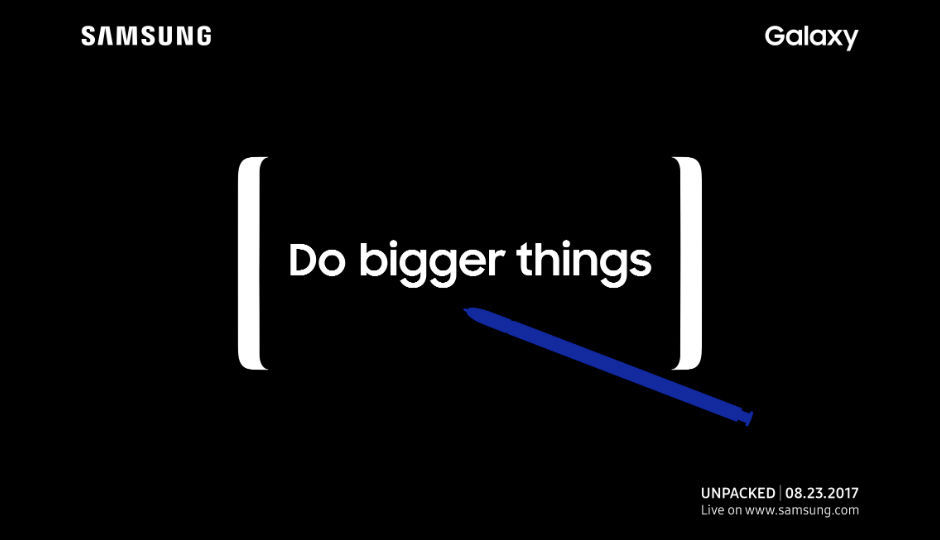 Samsung will launch its flagship Galaxy Note 8 smartphone with S Pen and improved Bixby assistant on August 23. The handset is expected to be Samsung's most expensive smartphone yet and will go on sale in September. The headlining feature of this year's Galaxy Note series device is expected to be the dual rear camera setup and now analyst Ming-Chi Kuo shared more details about the setup.

According to KGI Securities' Ming-Chi Kuo, the Galaxy Note 8 will sport a dual rear camera system with a combination of 13MP and 12MP image sensors. Kuo notes that the 13MP sensor will serve as the regular wide-angle camera, while the second 12MP sensor will offer telephoto support. He also adds that both the sensors are built by Samsung itself and will feature optical image stabilisation.

At MWC Shanghai last month, Samsung unveiled a new dual rear camera system under its ISOCELL imaging brand. "Samsung ISOCELL is a brand that represents the essence of our leading pixel technologies. We expect the ISOCELL brand to help consumers easily acknowledge and confide in camera performance as well as overall quality of the device," said Ben Hur, Vice President of System LSI marketing at Samsung Electronics at the time of launch.

The Galaxy Note 8 could be the first smartphone to use this new dual camera system and could hold an edge over the competition by offering optical image stabilisation. The Galaxy Note 8 is rumoured to feature a 6.3-inch Quad HD+ Infinity Display design and will be powered by either Snapdragon 835 or Exynos 8895 SoC. The handset is tipped to launch with 6GB RAM and option for either 64GB or 128GB internal storage. The Galaxy Note 8 is also rumoured to introduce an improved S Pen with support for translation features. The handset is expected to be priced at around €999 (around Rs 72,000) and hit retail stores in September.