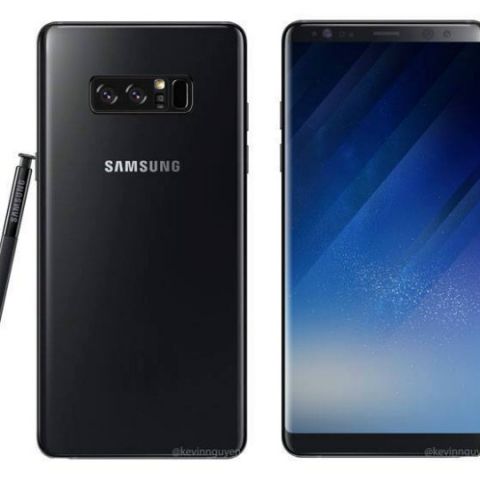 Samsung Galaxy Note 8, the next Android flagship smartphone from the South Korean company will be announced on August 23. The company has already sent out invites for the launch event in New York and now the handset has received FCC certification, marking an important step before general availability.

The FCC certification confirms that the handset has been deemed ready for use by the US telecom regulator. According to the Korean media, Samsung has advanced the launch of its Galaxy Note 8 in order to capitalise on the rumoured delay of Apple's next iPhone. The Galaxy Note 8 has also been detailed in the past revealing entire specifications and expected retail price.

The reports suggest that the Galaxy Note 8 will feature an Infinity Display design, with thinner bezels similar to the Galaxy S8 series. The handset is said to sport a 6.3-inch Quad HD+ Super AMOLED display with dual curved edges, slighter larger than the 6.2-inch display found on the Galaxy S8+. It is also expected to come powered with either Snapdragon 835 or Samsung's own Exynos 8895 chipset depending upon region.

The biggest difference is said to feature in the memory department and the Galaxy Note 8 is expected to arrive with a standard 6GB RAM, 128GB storage. It is also expected to sport a dual 12MP rear camera setup, making it the first Samsung smartphone to feature dual cameras. The dual cameras are rumoured to comprise of one wide-angle lens and another telephoto lens. KGI Securities' Ming-Chi Kuo recently claimed that Galaxy Note 8 will support 3x optical zoom and offer optical image stabilisation for steady zoom pictures.

The handset is also expected to feature an iris scanner for facial recognition and a rear mounted fingerprint scanner. There will be an improved S Pen with support for translation features and 9to5Google notes that the phone will have advanced multimedia capabilities to make use of the large display. The smartphone is expected to hit retail stores in September with a price tag of €999 (around Rs 72,000), which is in line with iPhone 8's rumoured $1,200 price tag.