The camera is reportedly being developed by Samsung’s Electro-Mechanics branch, SEMCO 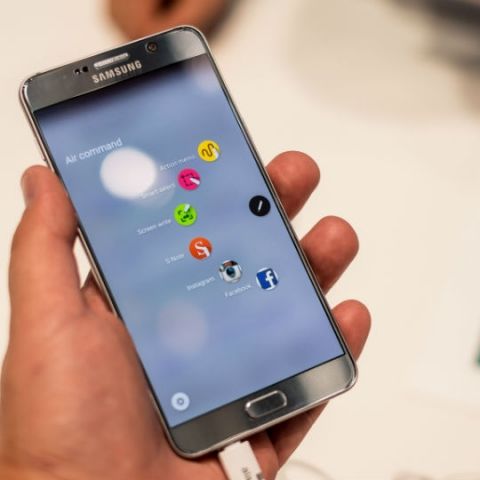 The upcoming Samsung Galaxy Note 7 Edge phablet might feature a dual-camera setup. According to a report by Chinese website, Zol, the camera is being developed by Samsung’s Electro-Mechanics branch called SEMCO. However, not much was revealed about how it was going to work. Further, Evan Blass (aka @evleaks) has posted a tweet stating that the launch of the device is two months away.

To recall, it was reported that Samsung was planning to skip the Galaxy Note 6 naming, and name it Galaxy Note 7. The reason behind this move is apparently to have consistency in naming among its flagship devices. The Galaxy Note 7 Edge is tipped to be the curved screen variant of the phone. The device is expected to feature a 5.8-inch QHD Super AMOLED display, and is powered by a Snapdragon 823 SoC with either 6GB or 8GB of RAM. Further, the device may also offer up to 256GB of storage. If the rumour about the dual-camera system on the device turns out to be true, then Samsung may have a very powerful device on its hands, especially considering that the Galaxy S7 Edge currently has one of the best cameras that we have seen on a smartphone.

However, the Samsung Galaxy Note 7 Edge may not be the only one to launch with a dual-camera setup, as Apple is also reportedly planning to introduce the feature in the iPhone 7 Plus. Analyst Ming-Chi Kuo tipped the dual-camera imaging system to feature optical zoom capabilities. In 2015, Apple reportedly acquired LinX Computational Imaging, which specialises in creating depths of field in singular photographs and combining them to create a 3D photograph. LinX is also known for producing SLR-level photographs from smaller imaging sensors housed in smartphones.