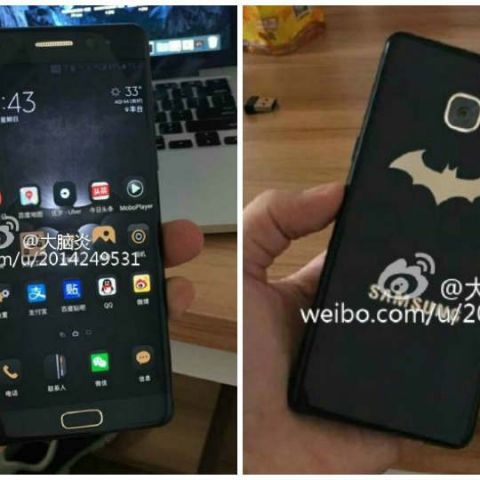 The images suggest that the phone will come with a design similar to the Samsung Galaxy S7 Edge Injustice Edition, complete with a gold Batman logo at the back.

After launching a Batman-themed variant of the Galaxy S7 Edge, Samsung’s newest flagship also seems to be getting the same treatment. A user on Weibo has posted images allegedly of the Batman-themed variant of the Galaxy Note 7. This variant of the phone would most likely be called the Injustice Edition, and would commemorate the video game, Injustice: Gods Among Us. Judging by the images, the phone would look similar to the Galaxy S7 Edge Injustice Edition, with a completely black body, gold detailing, and gold Batman logo on the rear of the phone.

The Batman theme seems to go beyond the design as the Weibo user has also posted screenshots of the phone. The screenshots show that the device would have a custom black-and-gold themed version of the phone's TouchWiz interface, complete with wallpapers of the superhero.

Those who purchased the Galaxy S7 Edge Injustice Edition also received a bunch of other goodies along with their phone, like a gold-plated Batarang, a case modeled after Batman’s armour, and more. So it’s possible that Samsung will offer something similar to buyers of this variant of the Galaxy Note 7. It is also speculated that this variant might offer 6GB RAM and 128GB of storage, something that has already been confirmed to be heading to China. 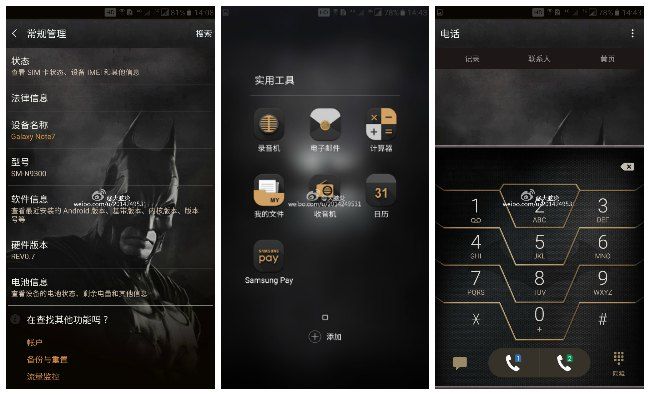