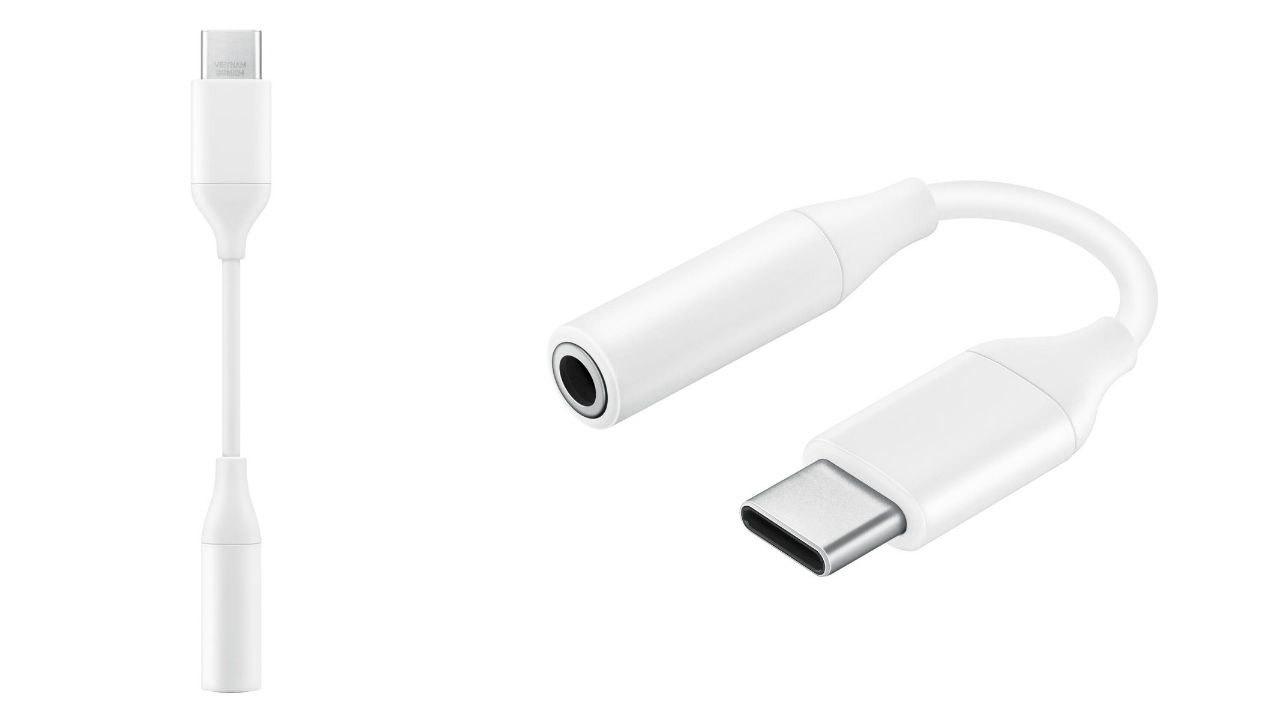 A tipster has shared images of Samsung’s 3.5mm to USB-C adapter headphone dongle.

Until now, Samsung was the only company that included the ‘beloved’ 3.5mm headphone jack in its premium phones. This could soon change as the South Korean tech major has reportedly removed the jack in the Galaxy Note 10 Series of phones, and will be moving on to the #donglelife like its competitors in the segment. The news comes as famous tipster Roland Quandt has shared images of a dongle that is said to belong to the upcoming Note flagship. Interestingly, this will be Samsung’s first premium device to ship without a headphone jack.

The move shouldn’t come as a surprise because several OEMs switched to a dongle with Apple being the first company to do so. Samsung, however, is said to be making up for the change by introducing a 3.5mm to USB-C headphone dongle. It is not known whether or not Samsung is including the headphone dongle in the box. The Galaxy Tab S6, which was launched earlier this week, also lacks a headphone jack but its box doesn’t include the dongle.

The Galaxy Note 10 Series of phones will be launched at the ‘Unpacked’ event that will take place at the Barclays Center in New York. People in India can follow it via a livestream on August 8 at 1:30am. Last week, Samsung teased the unveiling of the phone in India as well. E-commerce platform Flipkart now has a dedicated microsite for the Galaxy Note 10, which shows just the S-Pen and the camera lens.

It is being reported that the Galaxy Note 10 will have a 6.3-inch AMOLED panel with 60Hz refresh rate, and it will be powered by Qualcomm's newly announced Snapdragon 855 Plus chipset under the hood. In most global markets the Note 10 is touted to have an Exynos 9825 SoC. The phone is said to have a triple lens system with 12MP wide, 16MP ultra-wide, and 12MP telephoto cameras. The storage is likely to be UFS 3.0, and a 25W fast charger is expected to be present in the box.