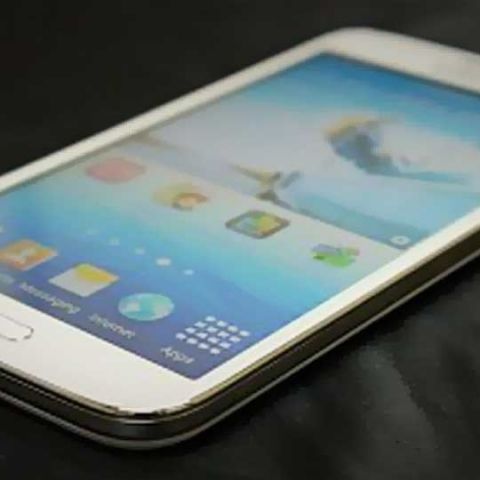 Details about Samsung's next phablet in its Mega lineup, rumoured as the Mega 2, have emerged. According to leaked benchmark results found on GFX Bench, the Mega 2 might be one of the first Samsung devices to be powered by 64-bit processor.

The results show the phablet will run quad-core Qualcomm Snapdragon 410 processor, clocked at 1.2GHz along with he Adreno 306 GPU. According to scores, the phablet will feature 2GB of RAM. As far as the display goes, it will be 5.9-inch with 1280 x 720 pixel resolution, slightly bigger than the first gen 5.8-inch Galaxy Mega.

The device will run Android 4.4.3 KitKat, but is likely to come with an upgraded OS upon official release. Other leaked features of the Galaxy Mega 2 include 8GB built-in storage, 12MP rear camera and 4.7MP front-facing camera. The phablet will come with sensors such as GPS, light sensor, NFC, and proximity sensor. There's no word on if the phone will come with fingerprint scanner. You can check out benchmark results on GFX Bench here.

There's no information on availability of the Galaxy Mega 2, though speculations are it could be launched alongside the Note 4 in September. There's no word on the pricing as well, but looking at the leaked specifications, it could be a mid-range device. 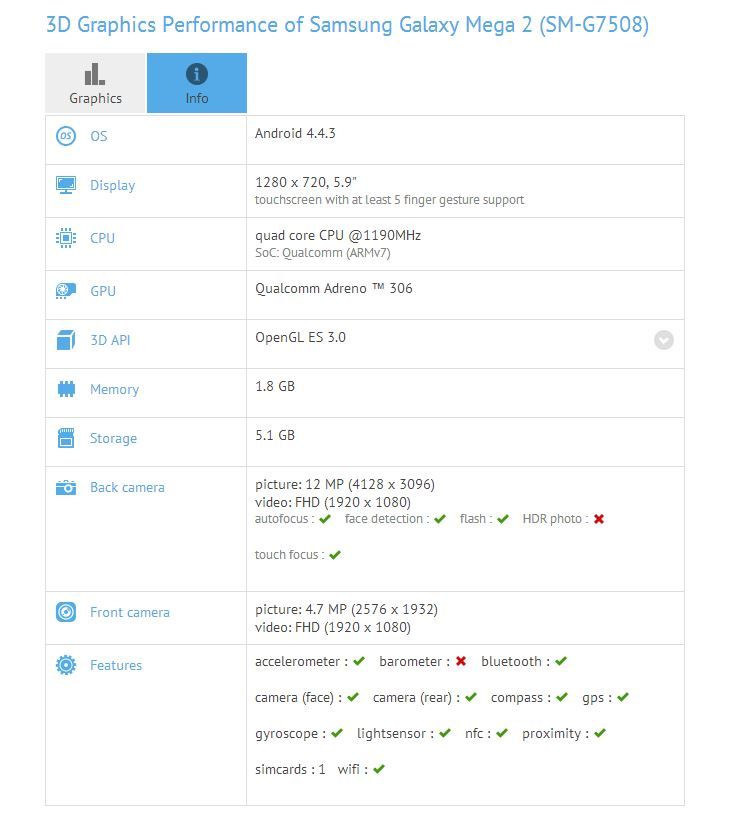