Samsung Galaxy M20 goes on sale today with Rs 1,000 discount: All you need to know 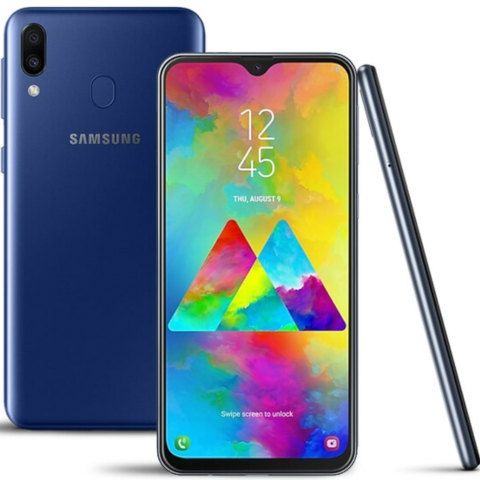 The smartphone will be available with a Rs 1,000 discount.

The Galaxy M20 runs on Exynos 7904 chipset and comes with 3GB and 4GB RAM options.

Samsung streamlined its offerings and launched its M-series of handsets in India with the aim of wooing millennials. The Galaxy M20 is one of the phones available in this lineup that puts emphasis on camera capabilities and battery life. It was announced back in January this year, alongside the Galaxy M10, and it goes on sale today with a limited time discount that knocks off Rs 1,000 from its MRP. Highlights of the phone include a dual-camera setup on the back and a large 5000mAh battery.  The Galaxy M20 goes up against the likes of Realme 3, Redmi 7 and other phones that are priced in the same range.

The Samsung Galaxy M20 (review) is equipped with a 6.3-inch FHD+ LCD Infinity-V display, with a 19.9:5 aspect ratio. It is powered by the Exynos 7904 chipset and comes in two memory variants, one with 3GB RAM and another with 4GB RAM, which are paired with 32GB and 64GB of internal storage space respectively. The handset runs on the new Experience UI 9.5 that is based on Android 8.1 Oreo.

Coming to optics, the Galaxy M20 comes equipped with a 13MP + 5MP dual rear camera setup. The primary 13MP sensor is paired with an f/1.9 aperture lens, while the 5MP sensor gets an ultra-wide lens with f/2.2 aperture. On the front is an 8MP camera with f/2.0 aperture. The phone runs on a 5000 mAh battery that supports fast charging via USB Type-C and it features a rear-mounted fingerprint sensor.

Launch offers on Amazon includes a no-cost EMI option on the device, along with a Rs 1,500 discount on ICICI bank Credit and Debit EMI transactions. When buying the phone from Samsung Online Shop one can avail GoIbibo and MakeMyTrip vouchers worth up to Rs 12,000. There’s also Jio 4G double data vouchers applicable on plans priced at Rs 198 and Rs 299.