After the price cut. it will now be competing against the likes of Realme C1 and Nokia 2.2. 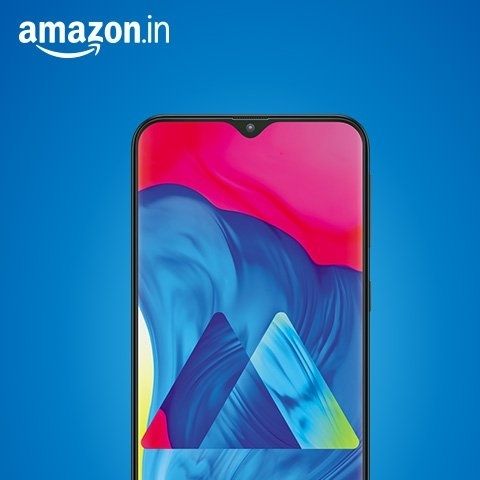 Samsung launched the Galaxy M10 and M20 earlier this year in a bid to capture the low-range smartphones market. Moreover, the Korean giant recently revealed that the Galaxy M-series sales surpassed the mark of two million units. Now, the Galaxy M10 has received a Rs 1,000 price cut on Amazon.in and the Samsung India website. The handset is available at revised pricing on the e-commerce site through a limited-period offer. 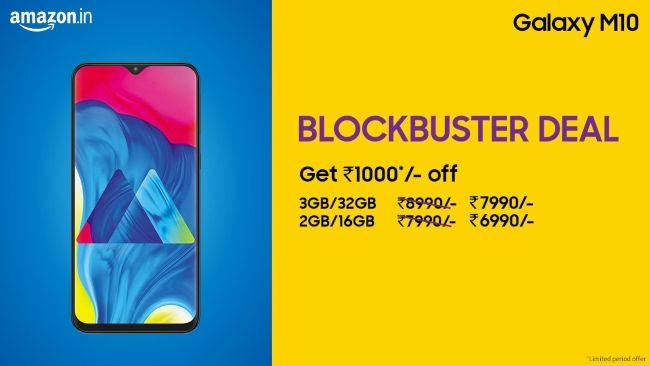 According to Samsung’s official social media accounts, the price cut is available through a limited-time offer. However, the smartphone manufacturer hasn’t specified the time limit for the discount.

To remind you, the Galaxy M10 will now be competing against the likes of Realme C1 and Nokia 2.2, both of which are available in a similar price range.

The Samsung Galaxy M10 was launched with Android 8.1 Oreo onboard. However, it recently started receiving the Android Pie update in India. The low-range M-series phone features a 6.2-inch HD+ (720x1520) display, which also features an Infinity-V panel. The screen features a 19:9 aspect ratio.

Under the hood, the Galaxy M10 is powered by an Exynos 7870 SoC and comes paired with either 2GB or 3GB RAM. On the optics front, the handset features a dual camera setup, which includes a 13MP primary sensor with an f/1.9 lens, and a secondary, 5MP ultra-wide sensor. On the front, you get a single 5MP camera for shooting selfies and video conference support.

Additionally, the Galaxy M10 supports expandable storage. One can insert a microSD card of up to 512GB. Besides, the handset packs a 3400mAh battery, which can be charged through the available Micro-USB port. Also, the phone features a 3.5mm headphone jack.