The listing also reveals that the Samsung Galaxy M10, with model number SM-M105F, will have a 3,400 mAh battery.

It’s January, and according to a previous report, Samsung will launch its new Galaxy M smartphone series this month. This claim is now further strengthened as one of the phones belonging to this series, the Galaxy M10 with model number SM-M105F/DS, has received FCC approval. It is understood that once a device gets the FCC certification, it is a given that it will launch in the US. The listing also reaffirms the details that are already known from rumours and reports.

As per the listing, the Samsung Galaxy M10 has the 155.7 mm x 75.8 mm dimensions. The display size diagonal size is 153.2 mm, which roughly translates to 6.02 inches, and the overall screen size will be 165.5 mm, which corresponds to 6.5 inches. This could imply that the phone will come with bezel on top and a chin. According to the listing, the smartphone bears the model number SM-M105F, which is the same as the one found on Geekbench previously. 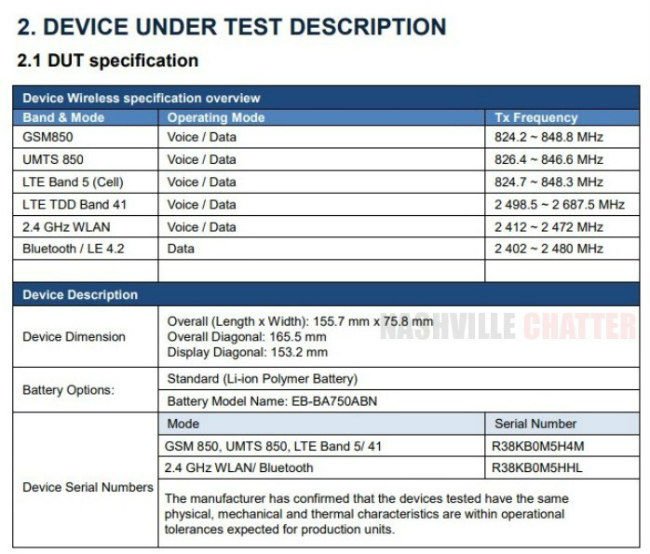 The Nashville Chatter reports that the Samsung Galaxy M10 may have Exynos 7870 processor, coupled with a 3GB RAM and an option of choosing from two internal storage 16GB and 32GB. It is expected that the internal storage may be expanded to up to 64GB via a micro-SD slot. The phone is reported to run Android Oreo version 8.1. The same information was revealed by the Geekbench listing mentioning that the processor is clocked at 1.59GHz.

The Galaxy M10 is also said to sport a Lithium-ion battery with the model number EB-BA750ABN. Reportedly, this is the same battery that was used in the recently released Samsung Galaxy A8s and its capacity could be 3,400 mAh. The phone is seen supporting Bluetooth 4.2 version and could come in Blue and Dark Grey hues. There is no information on the number and hardware of the cameras. 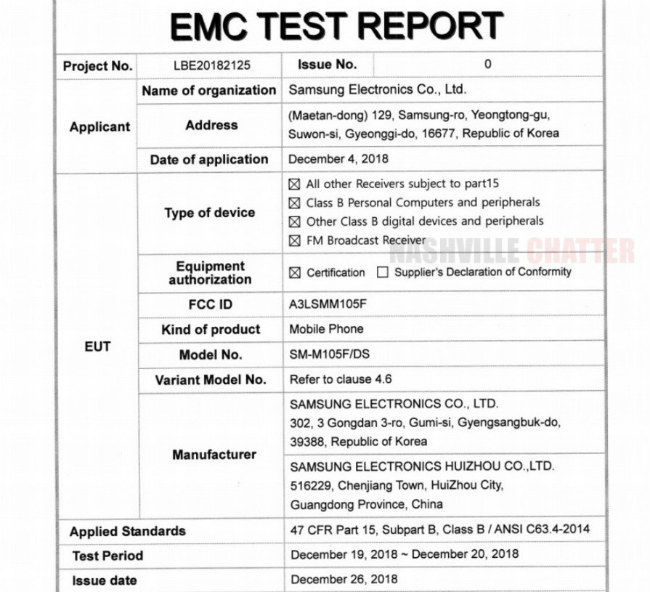 It is expected that the Galaxy M10 will have a 13MP rear shooter and a 5MP selfie camera. The physical fingerprint sensor is expected to be on the back panel. A previous report suggested that Samsung is dissolving the J, On and the C series into one consolidated series. Another previous report said that Samsung could launch four phones under this new Galaxy M-Series: the Galaxy M10, M20, M30 and M40.

These smartphones are expected to have large batteries, which could be the largest ever on any Samsung smartphone. “The launch of the M series in India, following months of R&D carried out by Samsung India, would be in line with the company's strategy to consolidate its position among the country's millennials,” a report said. These smartphones are said to sport Infinity-V displays up to 6.4 inches in size.