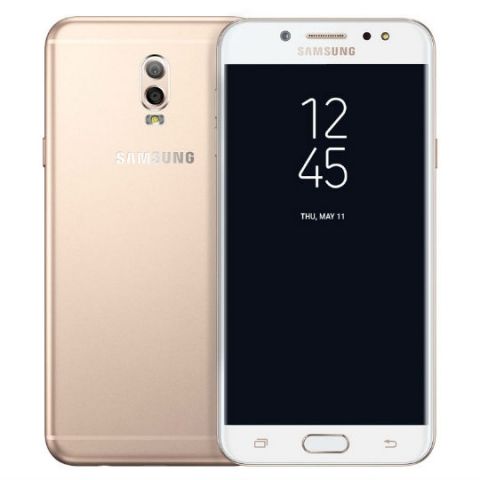 Samsung Galaxy J7+, the mid-range smartphone with dual camera setup is now official. The smartphone has been announced in Thailand making it the second Samsung handset after the Galaxy Note 8 to get a dual camera setup. The announcement comes just days after leaks revealed specifications and pricing of the device.

The Galaxy J7+ joins the Galaxy J7 (2017) and the J7 Pro in the company's budget and mid-budget J series devices. It features an all metal aluminium unibody design. The handset sports a 5.5-inch Full HD Super AMOLED display and comes with 4GB RAM and 32GB storage, further expandable up to 256GB via the SD card slot. The specifications page doesn't mention the processor but GSMArena notes that it is powered by a MediaTek Helio P20 chipset as opposed to the company's Exynos 7870 chipset.

The dual rear camera setup on the Galaxy J7+ features a 13MP primary sensor with f/1.7 aperture and a 5MP secondary sensor with f/1.9 aperture. The secondary sensor is used to record additional data like the depth of field of the subject. The rear camera also includes the new 'Live Focus' mode first announced with the Galaxy Note 8 last month. With Live Focus mode, J7+ users can change the depth of field even after the picture is clicked for enhanced bokeh effect. The selfie camera on the J7+ uses a 16MP sensor with f/1.9 aperture, screen flash and supports selfie focus mode.

Further, the Galaxy J7+ features a front-mounted fingerprint sensor and includes a Bixby Home app, Samsung's digital assistant aimed to take on Siri and Google Assistant. The smartphone is backed by a decent 3000mAh battery and is priced at 12,900 Thai Baht (around Rs 25,000). The Galaxy J7+ is available for pre-order in black, gold and pink colour variants and should be launched in India sometime soon.