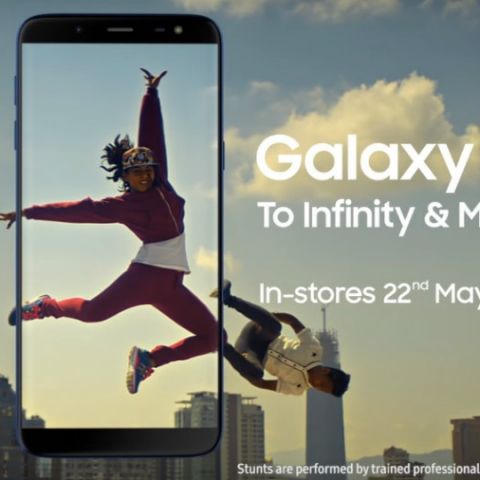 The video accompanying the tweet suggests that the Galaxy J6 will feature an 'Infinity Display', which is Samsung’s term for a display with minimal bezels and a high screen-to-body ratio. The Infinity Display was first introduced in the Samsung Galaxy S8, and has since been a staple of the company's flagship offerings like the Galaxy Note 8 and Galaxy S9. It seems now, however, that with the launch of the Galaxy J6 the trend is gradually trickling down to its mid-range phones as well.

The Samsung Galaxy J6 is said to feature a 5.6-inch HD+ AMOLED display with an unconfirmed resolution of 720x1480 pixels. It will supposedly be powered by an octa-core Exynos 7870 chip, and have RAM options of 2GB, 3GB, and 4GB with internal storage options of 32GB and 64GB. The device might include a fingerprint sensor on the back and pack a 3000mAh battery. The dual-SIM device is also said to support LTE Cat 4 connectivity and is expected to be launched with Android 8.0 Oreo running out-of-the-box.

It is still unclear if Samsung will launch only the Galaxy J6 at the event on May 21, or choose to include the other Galaxy J and the two other Galaxy A smartphones as well.