Samsung Galaxy J5 Prime (2018) gets approved by FCC, may be unveiled soon

As per the FCC listing, the Galaxy J5 Prime (2018) can be expected to be a dual-SIM smartphone which could be launched next year. It is tipped to feature a 4.8-inch HD display and could be powered by an Exynos 7570 quad-core processor. 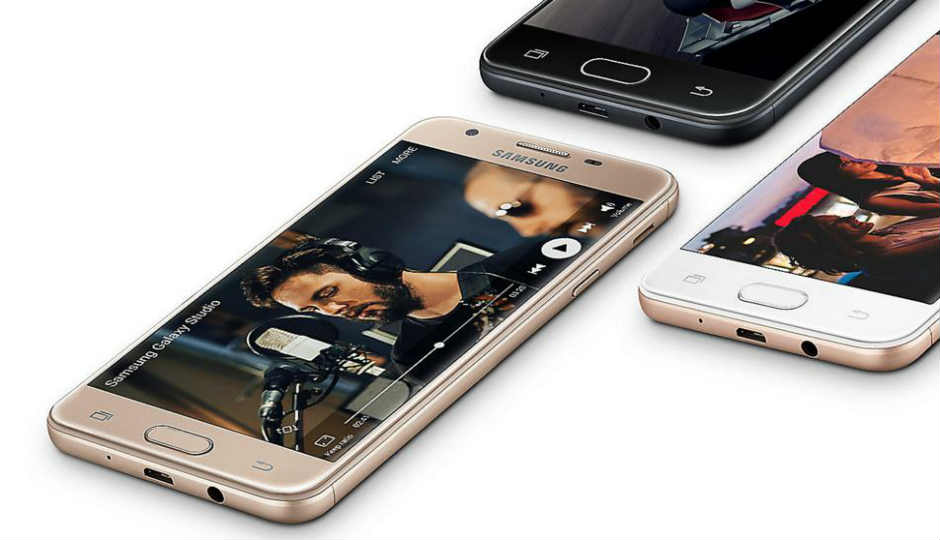 Samsung Galaxy J5 Prime (2018) gets approved by FCC, may be unveiled soon

Samsung’s Galaxy J5 Prime (2018) was recently spotted on FCC by AndroidCrunch, and has also reportedly been approved by the US-based regulatory body. The FCC listing reveals that the Galaxy J5 Prime is a dual-SIM smartphone with the model number SM-G571F/DS. It is rumoured to be announced in early 2018.

The FCC documents for the Galaxy J5 Prime (2018) reveal that the smartphone will feature connectivity options such as 4G LTE, Bluetooth 4.2 LE, Wi-Fi, GPS and will be powered by a non-removable battery. No other hardware details about the smartphone were revealed by the listing, however, the device was previously spotted on GFX benchmark.

According to the GFX listing, the Galaxy J5 Prime (2018) is powered by the company’s Exynos 7570 quad-core processor and sports 3GB RAM coupled with 32GB of onboard storage. The smartphone is tipped to feature a 4.8-inch display with a 1280 x 720 resolution and could still be running on Android 7.1 Nougat. The Galaxy J5 Prime (2018) is tipped to sport a single 12MP rear camera and come with an 8MP front-facing camera. 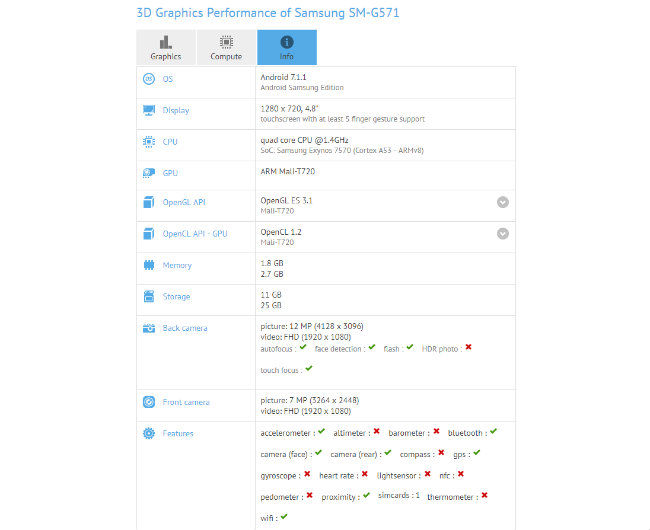 To recall, the Galaxy J5 Prime was officially announced alongside the Samsung J7 Prime in September last year. It sports a 5-inch HD display and is powered by a quad-core processor with 2GB of RAM. The device packs a 2400mAh battery and offers 16GB of internal storage. It runs on Android 6.0 marshmallow OS out-of-the-box and features dual-SIM connectivity. The Galaxy J5 Prime comes with a 13MP rear camera with f/1.9 aperture and LED flash and sports a 5MP front-facing camera with f/2.2 aperture.