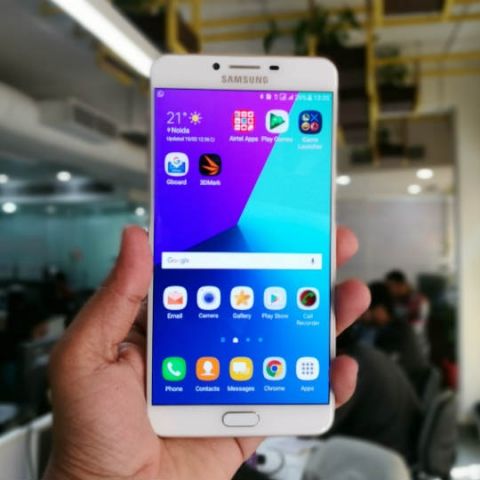 Samsung has started rolling out the Android 7.1.1 Nougat update for the Samsung Galaxy C9 Pro smartphone in India. It was launched back in January 2017 and was the company’s first smartphone to offer 6GB of RAM. The device ran on Android 6.0 Marshmallow until now and will now be upgraded to the latest version of company’s new UI, the Experience 8.5.

According to Sammobile, the Android Nougat update is being rolled out in phases and users may need to wait for sometime before they receive it. The Experience 8.5 UI brings some new features to the smartphone, including integration for Samsung Cloud, a revamped Device Manager application and shutter button zooming for the Camera client. It’s also a lot smoother, stable and faster than the Experience 8.1, which debuted on the Galaxy S8.

The Samsung Galaxy C9 Pro features a metal unibody design and comes with a 6-inch Full HD Super AMOLED display. It is powered by a Qualcomm Snapdragon 653 SoC, coupled with 6GB of RAM. The device comes with 64GB of onboard storage, which can be expanded further up to 256GB via a microSD card.

In terms of optics, the C9 Pro sports a 16MP camera on both the front and the rear with f/1.9 aperture lens. The smartphone packs a 4000mAh battery and supports quick charging. It comes with a fingerprint scanner which is integrated with its home button. The smartphone was launched at Rs 36,900 and after a second price cut is price cut last month is now available for Rs 29,900.