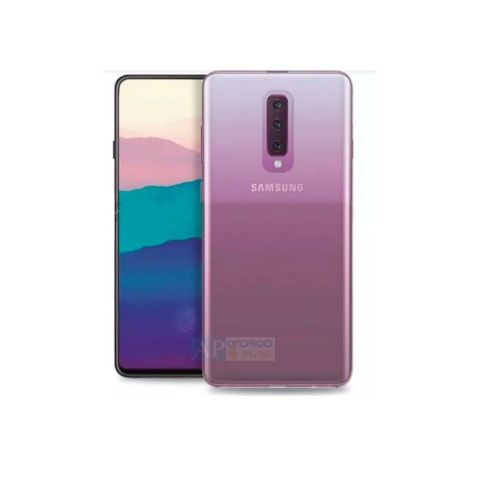 ​Samsung Galaxy A90 phones will not have Galaxy A80’s camera mechanism: Leak

One of the devices to sport a FHD+ Super AMOLED Infinity-U panel.

The Galaxy A90 is claimed to be the company’s most affordable flagship device.

Leaks about the Samsung Galaxy A90 are pouring out from all quarters of the internet. In one such leak, information regarding the phone’s display have been revealed. Shared by famous tipster OnLeaks on Twitter, the latest information reveals that the Galaxy A90 will not have the pop-up/sliding and swivel camera mechanism that we have already seen in the Galaxy A80. In a follow-up tweet, the tipstrer also claimed that, out of the two rumoured variants, one of them will feature a FHD+ super AMOLED Infinity-U panel, which basically means a display with an U-shaped waterdrop notch.

And in another addition, one of both likely called #GalaxyA90 (SM-A908) comes with a FHD+ sAMOLED Infinity-U display...

In his previous tweets, the tipster mentioned that Samsung would launch two devices, which would bear model numbers SM-A905 and SM-A908. He also claimed that these would be the first A-Series phones to come equipped with Qualcomm’s top-of-the-line Snapdragon 855 chipset. If true, the phones would compete with affordable flagship devices like the OnePlus 7, Asus 6z, Oppo Reno 10X Zoom and the upcoming Redmi K20 Pro.

According to OnLeaks, the SM-A905 will be a 4G version of the Galaxy A90 and feature a 6.7-inch screen. The phone will also sport an in-display fingerprint sensor, and on the back, it is claimed to sport a triple rear camera setup. The module is said to have a 48MP sensor, a 12MP camera and a 5MP sensor. The setup will reportedly be equipped with an exclusive feature called “Tilt OIS”. However, there are no details of what this tech does.

The SM-A908, on the other hand, is said to be a 5G handset. This means that the Snapdragon 855 processor will have Qualcomm’s 5G chip. The phone is said to feature that same display (with an in-display fingerprint scanner), but have a slightly different camera configuration. It will reportedly have a 48MP sensor along with and 8MP one (instead of SM-A905’s 12MP sensor) and 5MP camera. Further, he also specifically mentioned that the phone with model number SM-A908 would feature a FHD+ sAMOLED Infinity-U display.