Judging by the images, the Samsung Galaxy A9 Star, A9 Star Lite feature a glass rear panel with an 18.5:9 Infinity Display design and a vertically stacked dual-rear camera setup located on one corner of the rear panel. 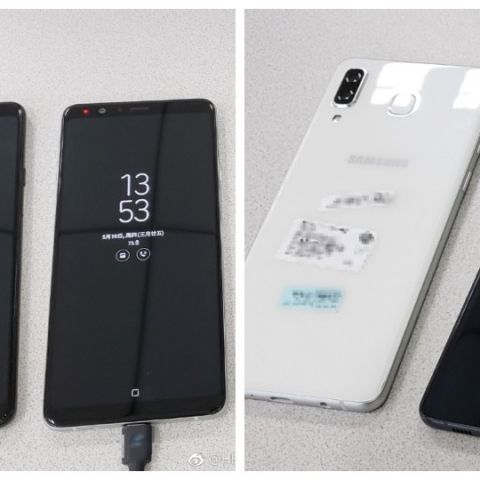 Images of two new Samsung smartphones, dubbed Galaxy A9 Star and the A9 Star Lite have been leaked on Weibo. User, HHP Good, as posted images as well as a short hands-on video with the Galaxy A9 Star. Judging by the images, the phones features a glass rear panel along with an 18.5:9 Infinity Display design. Other notable features of the smartphone include a rear mounted fingerprint sensor as well as a vertically stacked dual-camera module located in one order of the rear panel. 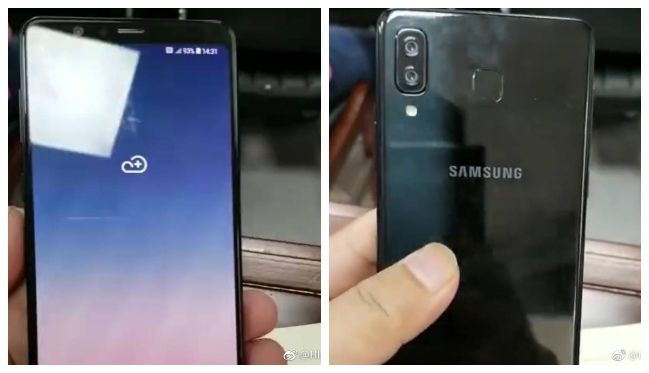 The Samsung Galaxy A9 Star was spotted on Chinese certification website, TENAA, quite a while back. As per the listing, the smartphone sports a 6.28-inch OLED display with a 1080 x 2220 pixels. The device is tipped to be powered by a 2.2GHz octa-core processor, most likely the Snapdragon 660. The Galaxy A9 Star is expected to offer 4GB RAM along with 3700mAh battery. The phone may feature a 24MP + 16MP camera combination at the back. Details about the Galaxy A9 Star Lite is not yet known, but it will most likely be a more affordable version of the smartphone.

The Samsung Galaxy A9 Star seems to be another attempt by the company to bring its Infinity display design to the lower price bracket. A few weeks back, the company launched four new devices, all of which offered the Infinity Display design with an in-display home button. These included two device under Samsung’s A-series called the A6 and A6+, and two under the J-series called the J8 and J6. The A-series of devices offered a metal unibody design, while the J-series feature a polycarbonate design. All four also pack a Super AMOLED display and feature the company’s new Chat-over-video feature that lets users chat through a transparent chat window and keyboard, while a video is running.