Samsung Galaxy A9 spotted on GeekBench

According to the listing, the phone comes with a Qualcomm Snapdragon 620 SoC, 3GB of RAM and may run on Android Lollipop v5.1.1 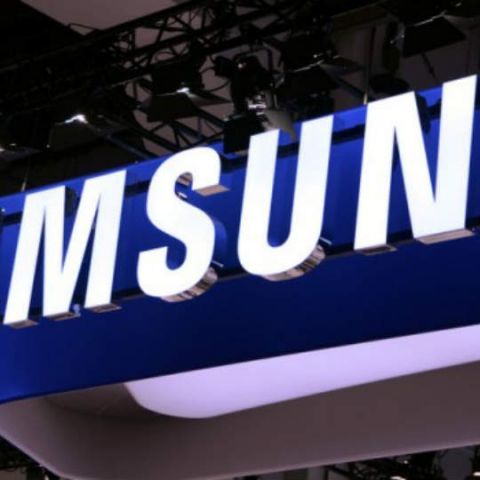 The Samsung Galaxy A9 has been spotted on GeekBench with the model name ‘Samsung SM-A9000’. As per the listing, the Galaxy A9 will come with a Qualcomm Snapdragon 620 (MSM8976) processor with a dual quad-core big.LITTLE arrangement with a cluster of Cortex-A72 cores and the other being Cortex-A53 cores. The chipset performed well on the single core test with a score of 1446 while the multi core score was 4134. The listing also shows that the device comes with 3GB RAM and runs Android Lollipop v5.1.1.

Last month, a post on Chinese microblogging site, Weibo showed that the Samsung Galaxy A9 had also appeared on AnTuTu and the specifications of the device matched the ones on GeekBench. Other specifications revealed by AnTuTu was that the phone may have a 5.5-inch Full HD Super AMOLED display and 32GB of onboard storage.  However, it is still unknown what cameras the device would have, but it could have a 16MP rear camera like its predecessor, the Galaxy A8. 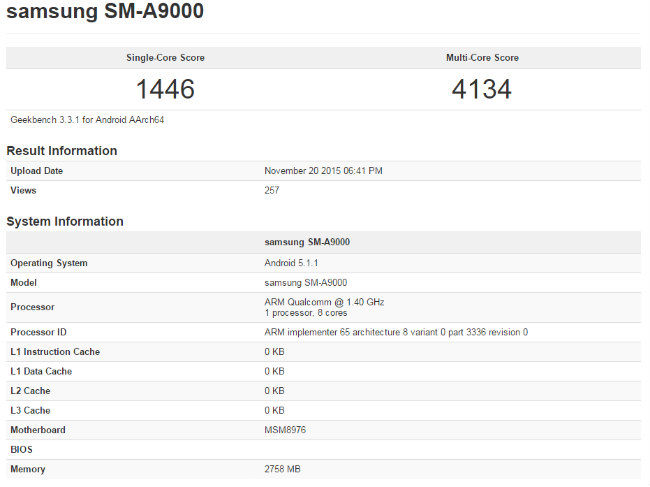 The Samsung Galaxy A8 was launched in India in August. The device comes with a 5.7-inch Full HD display and is powered by a 1.8GHz Exynos 5430 octa-core processor with 2GB of RAM. At the back of the device is a 16MP camera with a 5MP front facing camera. The Galaxy A8 comes with a 3050mAh battery with 32GB of internal storage which can be expanded to 128GB. The phone was launched at a price of Rs. 32,500. The A8 also comes with a full metal unibody design and, as such, doesn’t have a removable battery.

Qualcomm announced the Snapdragon 620 along with 618, 415, and 425 chipsets for affordable smartphones earlier in the year. All four chipsets have a 64-bit architecture and support 4G LTE networks. Qualcomm announced its mid range chipsets, the Snapdragon 430 and 617 processors in September. It’s flagship grade chipset, the Snapdragon 820 was announced earlier this month. The 820 chipset is rumored to be used in the Samsung Galaxy S7. The device has been tipped to be launched  in January next year in order to compete with the Apple iPhone 6s and 6s Plus. Rumours suggest that the phone will be launched in multiple variants including one that will be powered by the Exynos 8890 SoC.