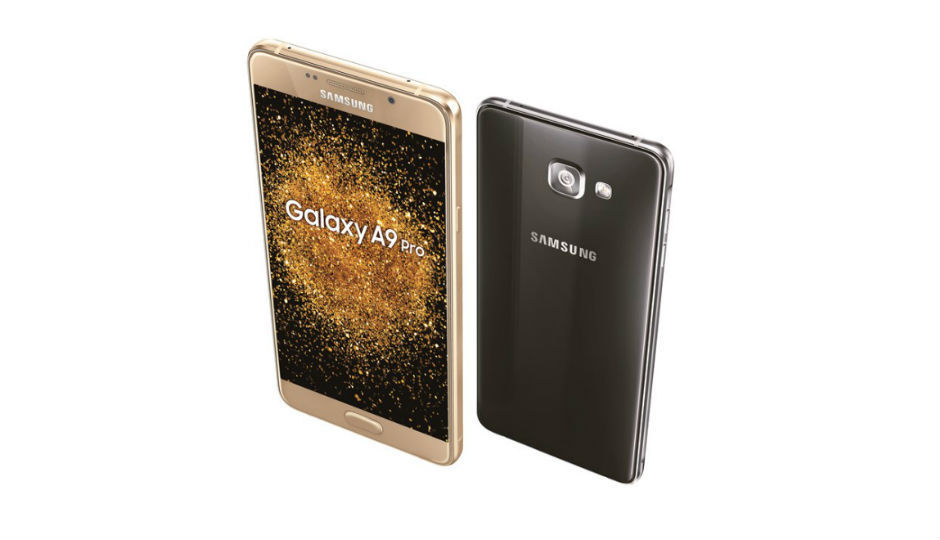 Samsung has unveiled a new phone in the A series, called the Galaxy A9 Pro. The device is priced at Rs. 32,490, and features a glass-and-metal body, with a 6-inch Full HD S-AMOLED display. It is powered by an unspecified Snapdragon octa-core processor with 4GB of RAM. The Galaxy A9 Pro runs on Android Marshmallow, and offers 32GB storage that can be expanded by up to 256GB.

The Samsung Galaxy A9 Pro is is equipped with a large, 5000mAh battery, and the company claims that it will be able to offer talktime of up to 32.5 hours. Further, the phone has fast charging technology. Samsung says that users will be able to charge the battery from 0-100 percent in 160 minutes, while a 30-minute charge can offer 32 percent battery stamina.

At the back of the device is a 16MP camera with Optical Image Stabilisation (OIS), while at the front is an 8MP camera. Both cameras sport an f/1.9 aperture lens, which helps take better photographs in low light conditions. The phone also features a fingerprint sensor, and comes with Samsung KNOX.

The Samsung Galaxy A9 Pro is available in Gold, Black, and White colour variants, and will be available in stores from September 26.