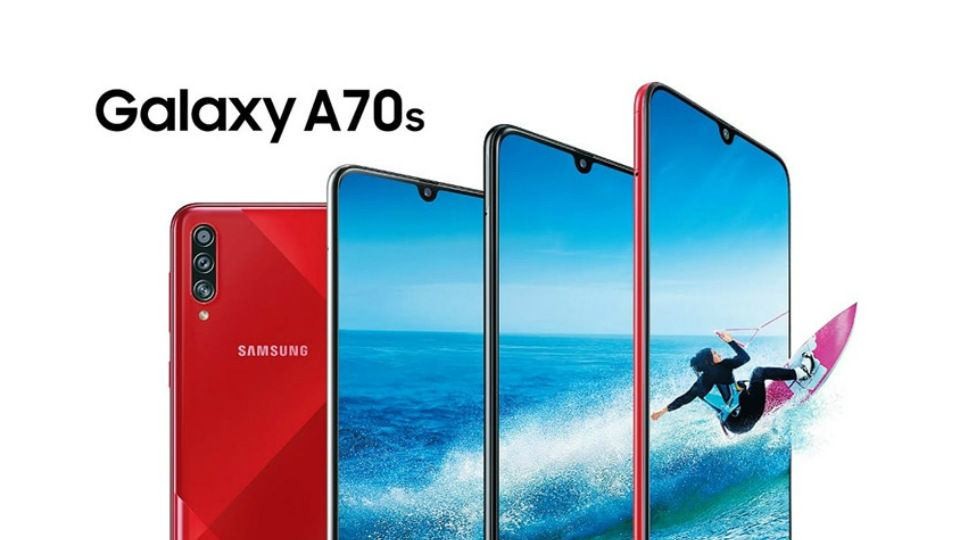 There have been a lot of Galaxy A-series rumours lately. The Galaxy A lineup has performed well for Samsung this year and the company is said to expand it in 2020. The latest leak is regarding the Galaxy A71, which reveals that the device is will have a punch-hole display. The selfie camera is supposed to be centrally-aligned like the Galaxy Note10 series, which translates to a smaller notch than the Galaxy S10 series.

In a set of renders, Onleaks has given us an early look at the alleged Galaxy A71’s design. The smartphone is shown to have shaved off bezels on the sides and just a few millimetres at the top and bottom. The Galaxy A71 is likely to feature an AMOLED display. However, the centrally-aligned punch-hole notch appears to be slightly bigger than that of the Galaxy Note10’s notch. 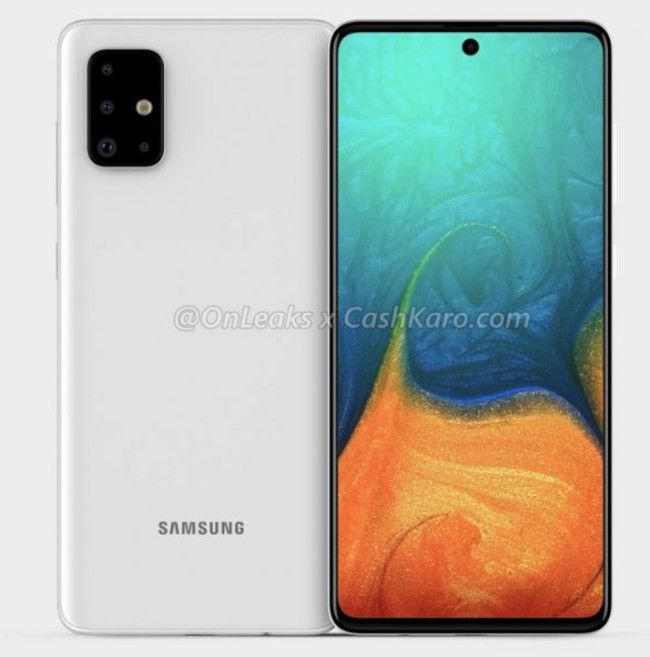 The renders have also revealed the back panel of the Galaxy A71. It is shown to sport a rectangular camera bump housing the four cameras arranged in an L-shape. The back seems to be curved on the sides for a better grip. No fingerprint scanner can be seen at the rear, which means the Galaxy A71 may have an in-display fingerprint sensor.

Samsung Galaxy A71 can come equipped with a USB Type-C port at the bottom. The renders also give us a look at the speaker grille and primary microphone on the right and the 3.5mm audio jack on the left. The phone is shown to have the SIM tray on the left side of the frame and the volume and power buttons rest on the right.

Moreover, the Samsung Galaxy A71 could pack a 4500mAh battery as revealed by on the left side of the frame while the volume and power buttons are on the right. The smartphone was also spotted on Geekbench last month. The Galaxy A71 could be powered bt the Snapdragon 675 chipset. It is expected to come equipped with 8GB RAM. The Galaxy A71 is likely to run Android 10 out of the box. Samsung could launch the Galaxy A71 in early 2020.