Samsung Galaxy A60, Galaxy A70 spotted on TENAA

The Samsung Galaxy A60 is seen with an Infinity-O display and the Galaxy A70 can be seen sporting an Infinity-U display. 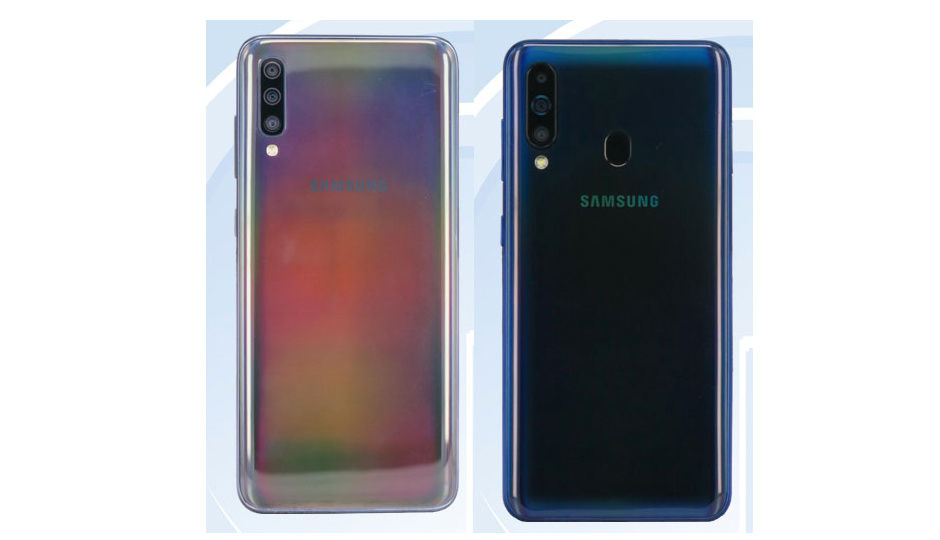 Samsung Galaxy A60, Galaxy A70 spotted on TENAA

The TENAA listing reveals that the Galaxy A60 sports a 6.3-inch sized display with a 3410mAh capacity battery. The handset measures 155.2 x 73.39 x 7.9mm. And the images published by the certification agency shows the phone having an Infinity-O display, which is basically a punch-hole display. On the back of the phone, there is a triple-camera setup with an LED flash, and there is a rear-mounted fingerprint sensor as well.

A previous report also said that the Samsung Galaxy A60 three cameras on the back having a 32MP primary sensor, a 5MP and 8MP units. The 8MP sensor is said to feature a wide angle lens, while the 5MP unit may be used to measure depth. However, the description of the Galaxy A60’s display in the news tells a different story. The report tipped the Galaxy A60 to feature 6.7-inch Infinity-U Super AMOLED display with an under display fingerprint scanner, and a 4500mAh battery, but TENAA listing suggests these specs are for the Galaxy A70.

According to TENAA, the Samsung SM-A7050 features a large 6.7-inch display and a 4400mAh capacity battery. The listing also says the Galaxy A70 will feature an In-display fingerprint sensor as well. Just like the Galaxy A60, the Galaxy A70 is seen sporting a triple rear camera setup with an LED flash. The phone may come include a single 32MP front camera and is expected to offer users the choice between 6GB and 8GB RAM with 128GB storage for both variants.

Last week, Samsung teased the launch of its “latest Galaxy A devices” on its Twitter account as well as on its global website. The South Korean tech giant will be launching the next device on April 10 and the reveal will take place in Bangkok, Milan (Italy), and Sao Paulo (Brazil). The company has teased three phones in the image, which suggests that the company may be launching three phones at the event.

Samsung A60 Galaxy A70
Advertisements