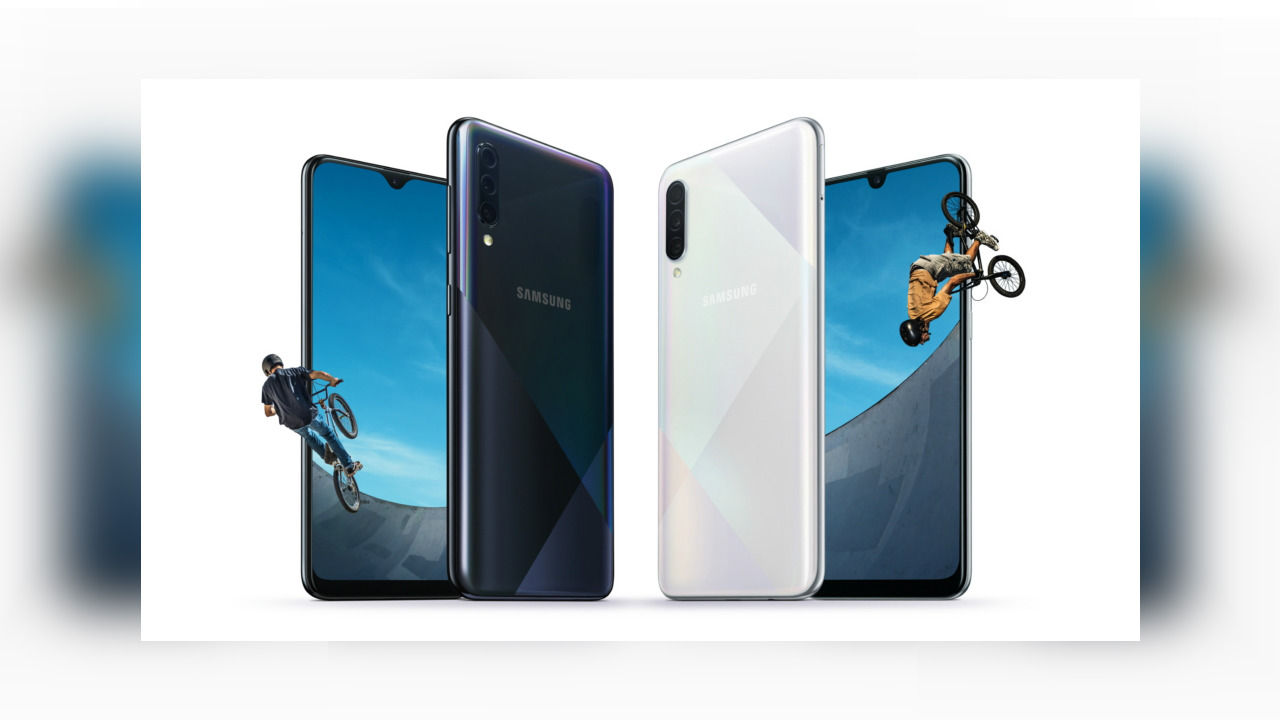 The availability and price of both the devices are not known yet.

Samsung has been vying to regain its lost share in the global smartphone market. For that, the company refreshed its smartphone line-up, especially in India. It has populated the different segments with the M-Series and A-Series of phones, and is still looking aggressive in this direction. The South Korean tech giant has now launched two A-Series phones, which are basically refreshed models of the Galaxy A50 and the Galaxy A30. Called the Galaxy A50s and Galaxy A30s, these phones bring incremental updates to the camera and redesigned back panels. Samsung hasn’t revealed the availability and the prices of the phones.

“Smartphones are a vital part of people’s lives, connecting them, allowing them to share their experiences and engage with the world. The new Galaxy A50s and Galaxy A30s are the next step in delivering next-level performance to essential everyday features,” YeonJeong Kim, Vice President and Head of Innovative Product Planning Group, Mobile Communications Business at Samsung Electronics, said in a statement. The Galaxy A50s and Galaxy A30s feature new designs, including a unique geometric pattern and futuristic holographic effect on the back. Both the devices will be available in, Prism Crush Black, Prism Crush White, Prism Crush Green and Prism Crush Violet colours. 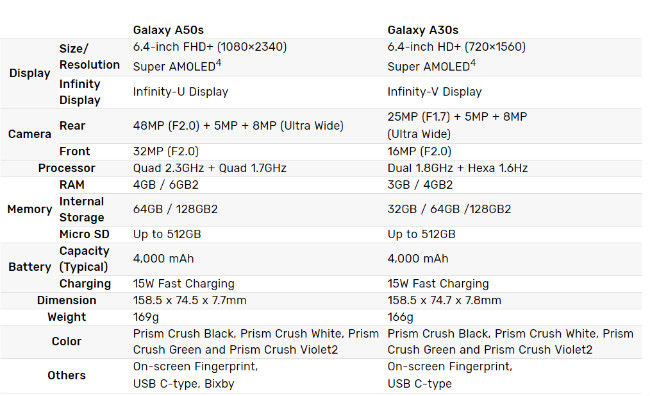 The Samsung Galaxy A50s is similar to the Galaxy A50 in terms of the hardware under the hood, battery and display. There are a few changes in the camera department though. The Galaxy A50s sports a 6.4-inch Infinity-U Super AMOLED display that offers a resolution of 1080 x 2340 pixels. It features an in-display fingerprint sensor. The phone is powered by a 10nm Octa-core Exynos 9610 processor (Quad 2.3GHz + Quad 1.7GHz), coupled with 4GB/6GB RAM and 64GB/128GB storage options.

In the camera department, the phone now comes with a 48MP coupled with a f/2.0 lens. It is paired with a 5MP depth sensor and an 8MP ultrawide lens that offers 123-degree of view. The selfie camera has also been upgraded from 25MP with f/2.0 lens to a 32MP unit with f/2.0 lens. It houses a 4,000mAh battery which ships with 15W fast-charging tech.

The Galaxy A30s has also got a few tweaks. While the processor of the phone remains the same, there are changes in the display and camera departments. The Galaxy A30s has a HD+ 6.4-inch Infinity-V Super AMOLED display with a resolution of 720 x 1560 pixels. This is a downgrade from the Galaxy A30’s Full HD+ (1080p) panel. The phone also gets an in-display fingerprint sensor as compared to the one on the back panel in its predecessor.

Under the hood, the phone packs a 14nm Exynos 7904 octa-core chipset with an option of choosing from 3GB or 4GB RAM. It comes with an option of 32GB/64GB/128GB storage. A 4,000mAh battery keeps the lights on and it can be juiced up with 15W charger. When it comes to the camera, the phone now gets a triple camera setup on the back. There is 25MP primary sensor coupled with f/1.7 lens, a 5MP depth sensor and a new 8MP ultrawide module. The front camera is still the same with 16MP sensor paired with a f/2.0 lens.