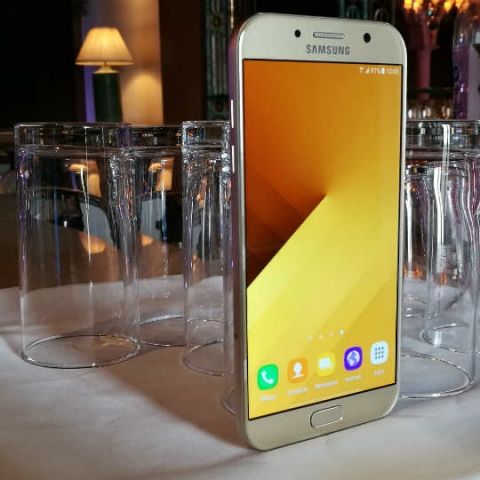 The Galaxy A5 and A7 are updated to earlier models, and sell in the flagship range, with flagship-class design language.

Samsung has launched the 2017 editions of its Galaxy A5 and Galaxy A7 smartphones in India. The devices are priced at Rs. 28,990 and Rs. 33,490, respectively and will sell through both online and offline channels.

With the two phones, Samsung brings its flagship design language, adding a metal and glass body to the devices. The Galaxy A5 (2017) has a smaller 5.2 inch FHD display, while the A7 is larger, with a 5.7 inch FHD panel. Both the phones run on a 1.9 GHz octa-core Exynos 7 series SoC and have 3GB of RAM. They have 32GB of internal storage and 16MP camera on the back and front.

The highlight of the two phones is of course the metal and glass bodies. Samsung has added slight curved near the edges, making them almost the same as the Galaxy S7. The two phones also have a new addition, by way of an option to Flipboard. Samsung also has Upday now, which shows up with a swipe to the left, from the home screen.

The Samsung Galaxy A5 and A7 are competing against phones like the OnePlus 3T and Honor 8. You can read our first impressions of the phones here.