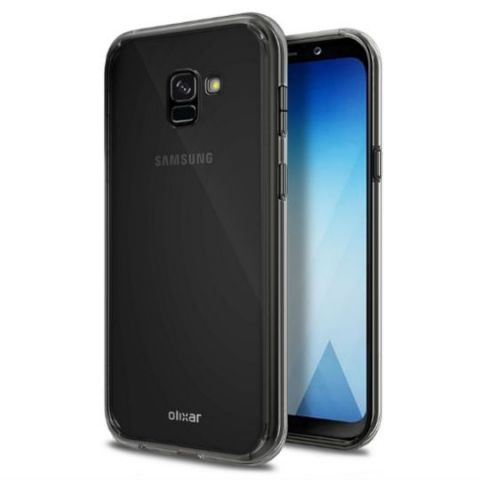 Samsung is set to bring its Infinity Display design to the mid-range Galaxy A series next year. The leaked renders of Galaxy A5 (2018) and Galaxy A7 (2018) have already shown the thin-bezel design and another leak shows what Galaxy A5 (2018) would look like inside a case.

Sammobile reports that the renders of the smartphone were posted by UK-based retailer Mobilefun, which has started taking pre-orders for these cases. The renders reiterate the Galaxy A (2018) series will indeed adopt the design language first seen on Samsung's Galaxy S8. The most notable aspect here is the placement of the fingerprint sensor, which is at the back and placed right below the camera module. The vertical alignment of the fingerprint sensor should make it easier to reach when compared to the off-centre position on Galaxy S8 and Galaxy Note8.

The render also suggests that Samsung will include the dedicated Bixby button on the left side of the device. The Bixby assistant has been available primarily on Samsung's flagship smartphone and it might be getting ready to launch on mid-range smartphones as well. Earlier, rumours suggested that Galaxy A (2018) will offer dual selfie cameras but these new renders hint at a single front camera.