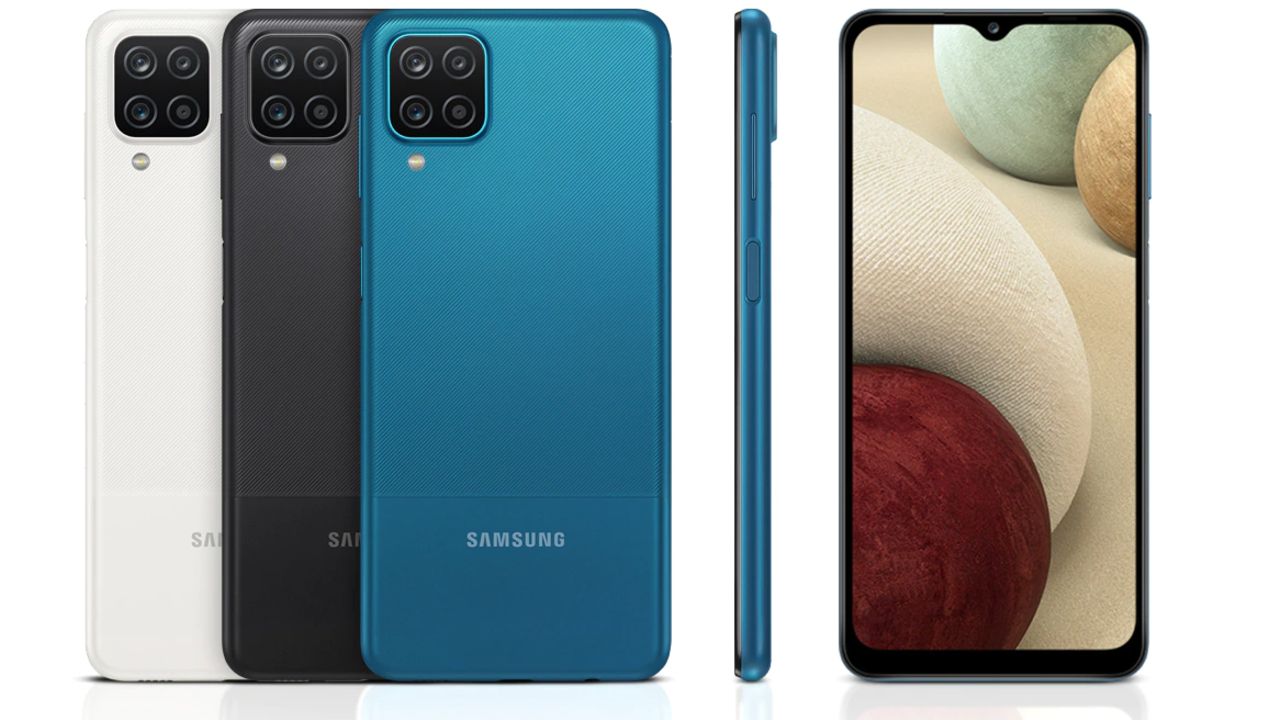 Samsung Galaxy A12 Specifications And Features

Coming to the specifications of the Samsung Galaxy A12, the smartphone has a 6.5-inch HD + TFT display with a resolution of 720 × 1500 pixels. The small waterdrop notch on the display's top houses the 8MP selfie camera.

At its heart, the smartphone has the octa-core MediaTek Helio P35 processor. As mentioned above, it looks like Samsung will bring only 2 variants of the A12 to India - 4GB RAM with 64GB storage and 4GB RAM with 128GB storage. For the optics, the smartphone has a quad-camera setup at the back. It has a 48MP primary sensor paired with a 5MP ultra-wide-angle sensor, a 2MP macro lens, and a 2MP depth sensor.

A 5,000mAh battery powers the entire package. It also supports 15W fast-charging and has a USB-C port. The smartphone also features the endangered 3.5mm headphone jack and a side-mounted fingerprint scanner integrated into the power button.

Samsung Galaxy A12 Price In India