Samsung has announced the Galaxy Ace 2 and mini 2, Android 2.3 Gingerbread devices scheduled to hit Europe by April and March respectively. 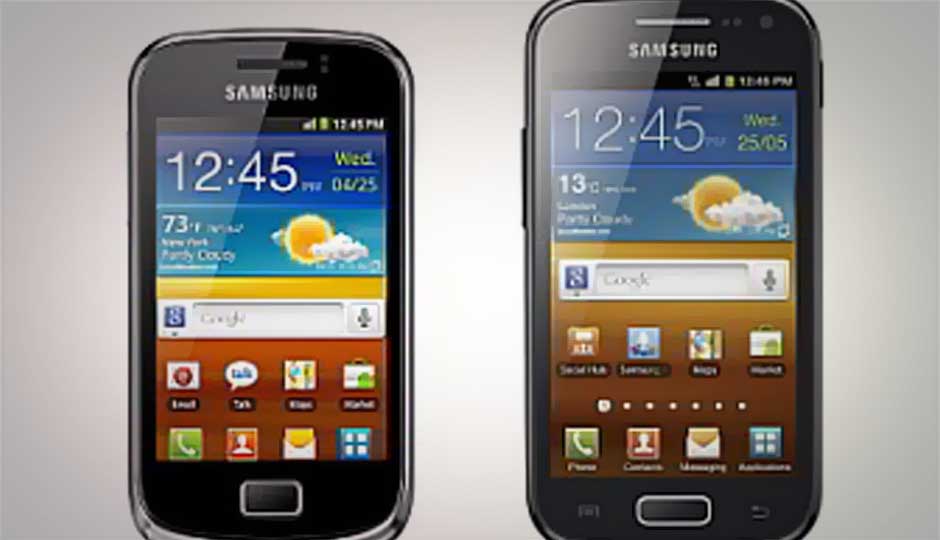 Samsung has officially announced the Galaxy Ace 2, and the Galaxy mini 2, due to arrive in Europe by April and March respectively. While the Galaxy mini 2 had briefly appeared on an Indian online retail site recently, this is the first time the Galaxy Ace 2 has been seen clearly, though rumoured for a while. Both the Ace 2 and mini 2 run on Android 2.3 Gingerbread. Pricing details are as of now, not available.

"Launched in 2011, Galaxy Ace and Galaxy mini have been a huge success in the global market. Today, we introduce Galaxy Ace 2 and Galaxy mini 2 with upgraded features and services. Our goal remains the same-to continue to create new and improved mobile experiences that deliver something suitable for everyone. This is the hallmark of Samsung's Galaxy range and what has made the Galaxy brand such a runaway hit with consumers around the world."