A replaced Samsung Galaxy Note 7, marked safe on the box, caught fire onboard a Southwest flight in the US 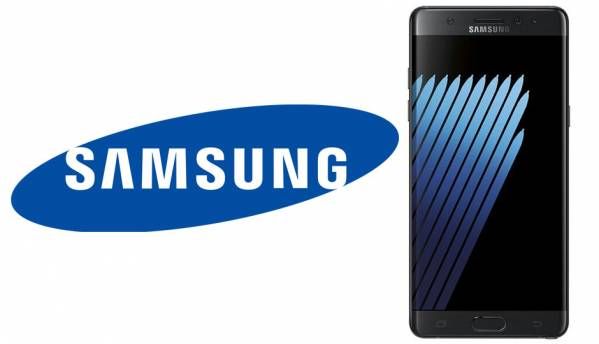 Just when Samsung had finally relaunched the Note 7 over the weekend, while highlighting their extensive replacement drives for the older, fire-prone devices, a reportedly safe replacement Samsung Galaxy Note 7 reportedly emitted smoke onboard a flight in Louisville, Kentucky on Wednesday.

If the replacement units are also prone to blasts and fires, this could mean a new devastating chapter for Samsung that could definitely damage its global reputation for good. This situation is already reported to have affected purchases of new devices globally.

It was during the boarding process when flight attendants noticed owner Brian Green carrying a Note 7 device and asked him to turn it off. When turned off, the device began to emit a ‘grey-green’ smoke. The flight was safely evacuated while still at the gate and Southwest rebooked the passengers on a later flight.

Federal authorities in the United States are investigating the actual cause behind the incident. The US Consumer Product Safety Commission is working with the Federal Aviation Administration, Samsung, and the phone’s owner to discover if the phone was actually at fault. Meanwhile, Samsung is advising the replacement unit owners to power down their phones and avail one of the many solutions being offered by Samsung. Note that one of those is a full refund for the handset.

This isn’t the first time the replacement unit is reported to have problems globally, with users in China already reported battery issues. We could be looking at another global recall that would cost Samsung dearly. Samsung has issued a statement saying, “Until we are able to retrieve the device, we cannot confirm that this incident involves the new Note 7. We are working with the authorities and Southwest now to recover the device and confirm the cause. Once we have examined the device we will have more information to share.” Meanwhile, the owner has replaced his phone with an iPhone 7.

New Mobiles
Realme 10 Pro | Oneplus 11 Pro | Vivo X90 Pro Plus | Vivo V27
Latest Post
Whatsapp Avatars will be rolling out today: Here's how to create them | New Telegram update brings you Topics 2.0, auto-delete all chats, and no-sim sign up | The new Amazon Kindle is out in India. Here are its features | Apple is enhancing your security with full iCloud encryption and other tools | Tecno’s flagship device, the Tecno Phantom X2, is out! Here’s what to expect
Top-10s
Best Phone under 15000 | Best Phone under 20000 | Best Phone Under 10000 | Best Mobile Phones | Best 5G Mobile Phones